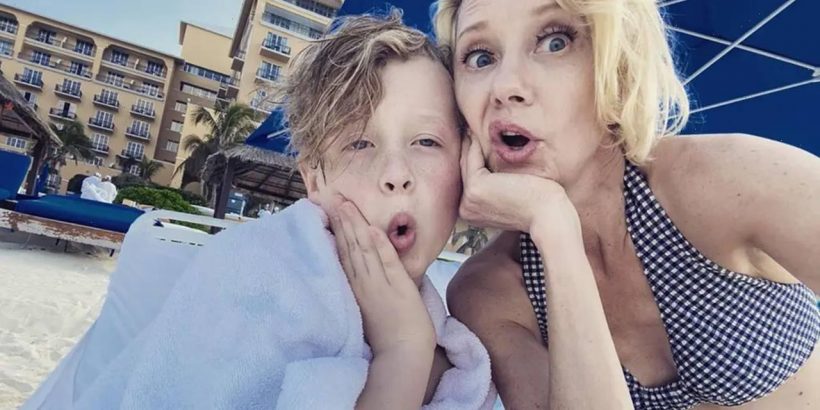 The 13-year-old, whom the late actress shared with her ex James Tupper, says that he ‘cannot put into words how grateful’ he is to have her as his mother and how much he misses her.

AceShowbiz –Anne Heche‘s youngest son has broken his silence on her passing. Five months after the “Six Days, Seven Nights” actress died following a fireball car crash, Atlas opened up about his loss for the first time in an interview with Los Angeles Inquisitor magazine.

When speaking to the publication, the 13-year-old had nothing but compliments for his mom. “My mom was the brightest person I’ve ever known. She always knew how to solve a problem, or help a friend. She always knew the right thing to do,” he said. “I cannot put into words how grateful I am or how much I miss her.”

Anne shared Atlas with her ex, James Tupper, who also said in the interview, “Anne and I were together for more than a decade, we have a beautiful son together and in that time, she was the very definition of light in our lives, always bringing fun, love and energy.” He added, “She will always be remembered in our hearts and minds.”

James was previously embroiled in a dispute with Anne’s other son, Homer Laffoon, over the control of her affairs. However, Homer, whose father is Anne’s ex-husband Coleman Laffoon, was eventually named general administrator of his mother’s estate on November 30, 2022.

Judge Lee Bogdanoff granted Homer permission to “take possession of all the personal property of the estate of the decedent and preserve it from damage, waste, and injury.” The judge also dismissed claims from James that Homer is “not suitable” to run the estate because of his age, unemployment status, and the fact he wasn’t in contact with his mother at the time of her death.

“I find no malfeasance by Mr. Laffoon,” said the judge. In addition, the judge denied the Canadian actor’ request for a hearing to investigate a claim that the late star’s $200,000 jewelry collection has gone missing.