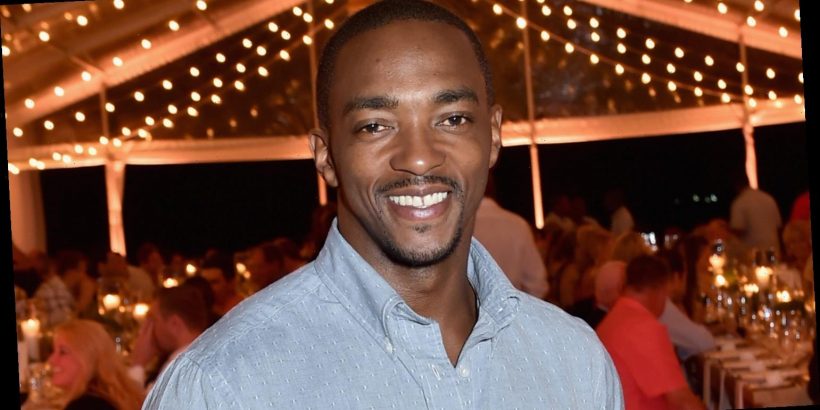 It doesn’t sound like Anthony Mackie‘s kids are his biggest fans!

Ahead of the debut of his new Disney+ series The Falcon and the Winter Soldier, the 42-year-old actor revealed that his four sons aren’t that impressed with his role in the Marvel Cinematic Universe.

“They’re pretty much really not into me as an actor at all,” Anthony said with a laugh during his interview with People. “It’s shockingly funny how much they couldn’t care less about me being in movies.”

Anthony shares four sons, ranging in age from 4 to 11 years old with ex-wife Sheletta Chapital. Also in the interview, Anthony joked that his kids would be more excited about his work if he was involved with online video games, like their favorite streamers on Twitch.

“I can’t remember his name, but there’s this British dude who sits online and plays Minecraft and all these kids watch him,” Anthony shared. “This dude is like Michael Jackson in my house, to my boys.”

During the pandemic, Anthony has been able to spend a lot more time at home with his sons, and he’s been enjoying seeing each of them grow into their own personalities.

“They’re getting to the age where their individual personalities are starting to show, it’s fun to be able to embrace that and experience that their growth as individuals,” Anthony shared.

“My second kid, he’s a cook. We cook together all the time,” Anthony explained. “My oldest is kind of emotionally like me. I’ve enjoyed just being at home and able to get to know them better as individuals.”

Anthony Mackie stars alongside Sebastian Stan in The Falcon and The Winter Soldier, which debuts TOMORROW, Friday March 19th on Disney+! Find out what time you’ll be able to start streaming it.