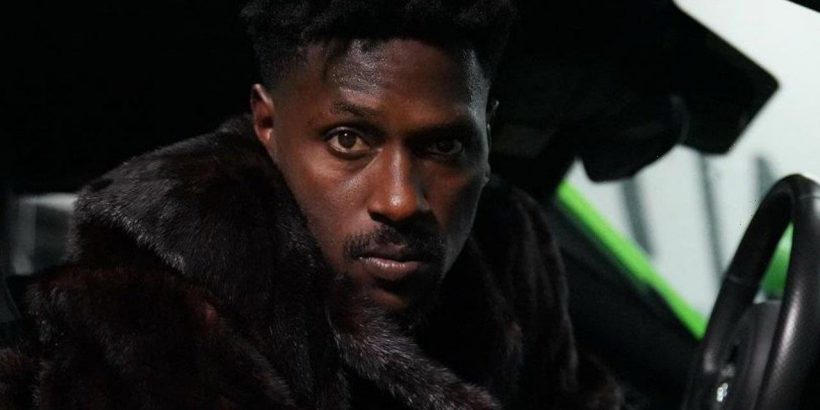 Filing the lawsuit against the footballer/rapper is a man named Ryan Kane, who accuses the athlete of selling him a bogus Richard Mille watch for $160,000 back on July 27.

AceShowbiz –Antonio Brown found himself entangled in a legal battle. The footballer has been slapped with a new lawsuit after allegedly selling a fake watch to a man named Ryan Kane.

Ryan filed the lawsuit in Broward County earlier this week. According to court documents obtained by TMZ Sports, Ryan accused AB of selling him a bogus Richard Mille watch for $160,000 back on July 27.

The athlete/rapper reportedly convinced Ryan that the RM 011 model was real and said it had a value “in excess of $400,000.” Unfortunately, Ryan realized that it was fake a few weeks later.

Ryan found out the truth after he “took it to a watch appraiser to have it authenticated and appraised for insurance purposes. That was when the guy told him that “it was worth only a couple hundred bucks.”

Ryan claimed he learned that AB purchased the item and three others from a dealer in Dubai. Each of them cost just less than $500 apiece. Now, Ryan is suing AB for fraud, demanding his money back plus interest.

AB has made headlines recently, but not for good reasons. More than a week prior, a clip of him exposing himself in a pool went viral. The footage was allegedly taken when he was at the Armani Hotel Dubai back on May 14.

AB has set the record straight though. Shutting down the false reports, he fumed on Twitter, “my name more precious to be diamonds n Gold. Y y’all keep playing with my character. They tried to barry me forgot i was a Seed.”

“It’s crazy to me that even after I retire there is disinformation coming out about me. Ironically, during a time when the NFL is getting heat for allowing players to play when they’re clearly concussed,” he added. “They’ve been using black men as guinea pigs.”

Not done getting things off his chest, AB raged, “Every chance they get to sway the heat off themselves they use me.” He then shared his side of the story, “In the video you can clearly see she runs off with my swim trunks. If roles were reversed the headlines would read ‘AB having a wild night with nude female’.Yet when it’s me it automatically becomes a hate crime.”