For most of Netflix’s Bling Empire, viewers watched as cast member Kevin Kreider harbored feelings for his friend Kelly Mi Li, who was in a messy on-off again relationship with actor Andrew Gray. But the Season 1 finale presented another potential pairing, as sparks flew between Kevin and another friend, DJ Kim Lee, at a party. So, are Kevin and Kim together after Bling Empire? According to Kevin, fans shouldn’t get their hopes up right now.

At the beginning of Episode 8, Kevin and Kane Lim tracked down Kim’s estranged father and discovered he died two years earlier. Later, Kim approached Kevin during Cherie Chan’s 100 Day Celebration party for her baby, Jevon, and thanked him for helping her find more closure with her dad. The two then shared a flirty moment in which Kevin told Kim to stop looking like she wanted to kiss him, adding: "You have a crush on me, I get it."

While this exchange seemed like it was setting up a potential relationship between the co-stars, it doesn’t seem like their chemistry has evolved into a full-on relationship since Season 1 filming wrapped up in late 2019.

When Entertainment Weekly asked Kevin whether he ever expressed romantic interests in Kim in a Jan. 15 interview, he responded that he "totally" did.

"I really felt a spark at that party with her, and I saw a gentle side there that I never saw before," he said, adding that when he later asked Kim if she would’ve accepted him had he made a move, she said she "maybe" would have.

Ultimately, Kevin and Kim are still grappling with what their relationship could look like in the future. "It’s this weird dynamic that I think we’re still trying to figure out ourselves," Kevin said. "There’s definitely a physical attraction, but there are some things that don’t attract me about her, and we’re really just, oddly, figuring that out, because we do talk." 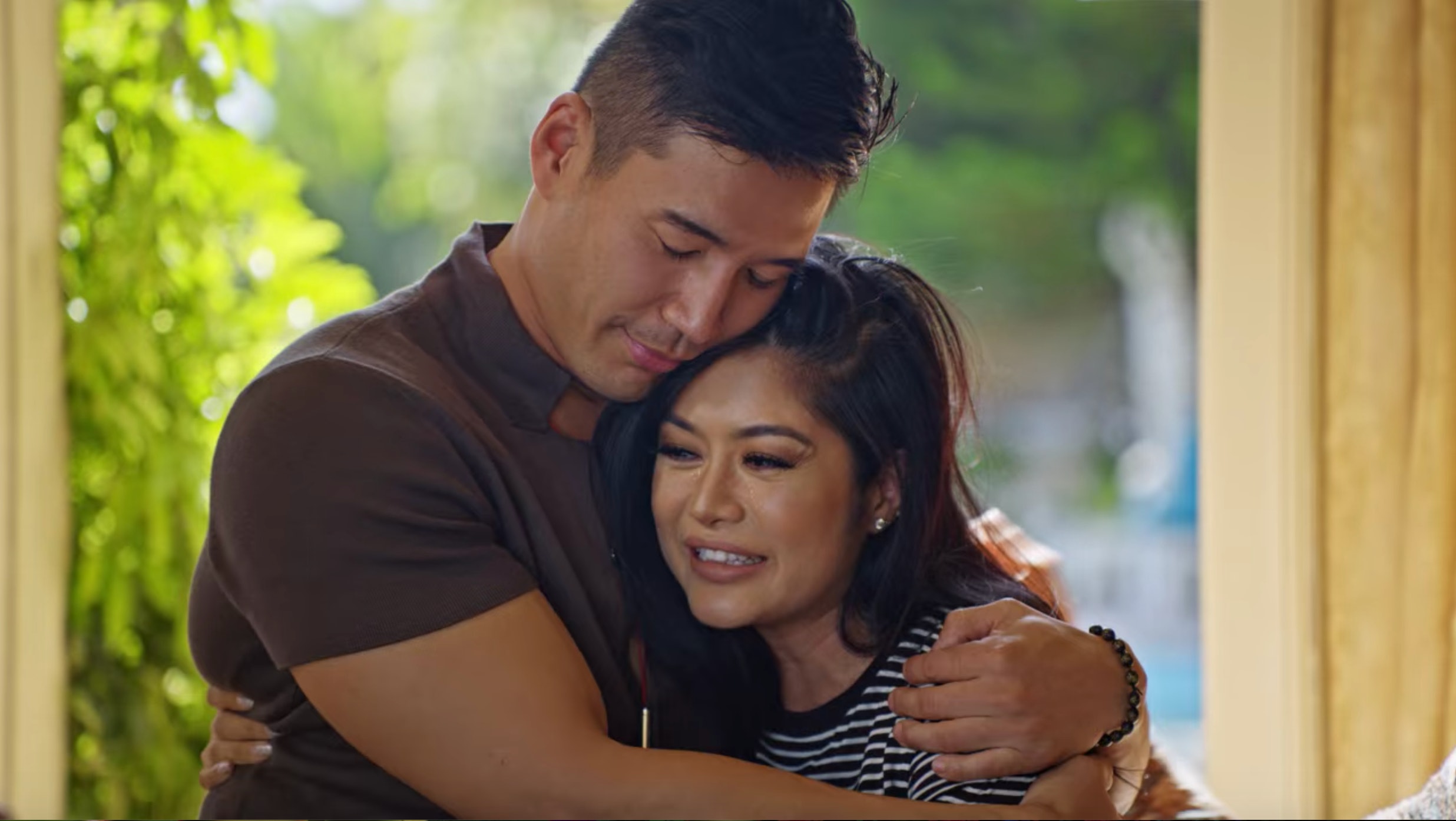 Kevin and Kim weren’t always on great terms, and Kevin even admitted to Entertainment Weekly that he "hated her" when they first started getting to know one another.

"I tolerated her because she was Kane’s friend, and she’s a DJ. Cool, I get it, it’s fun," the star explained. "But I couldn’t stand her in the beginning. I just thought she was some rich Malibu wannabe gangster DJ, but she’s not. She’s a lot more than that."

As fans hold out hope that Netflix’s latest reality hit will officially receive a Season 2, maybe Kevin and Kim will have just enough time to figure out what exactly is going on between them.