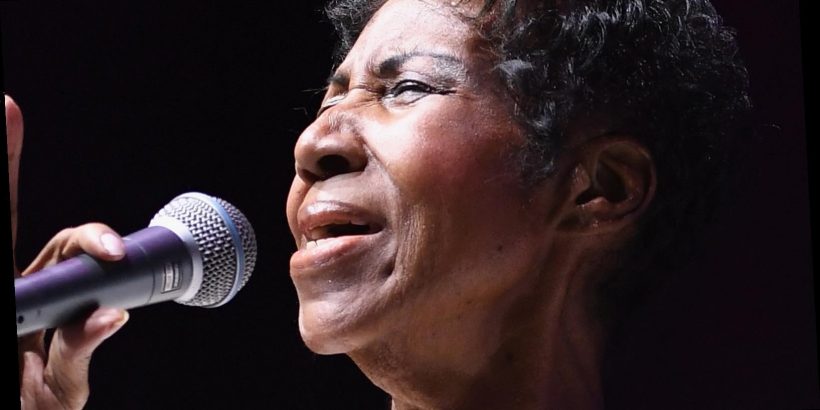 The Queen of Soul has lit up headlines in recent days as National Geographic will soon debut an eight-episode biopic on Aretha Franklin. The series, titled Genius, is in its third season, and Genius: Aretha will begin airing on March 21, according to Rolling Stone. Broadway superstar and award-winning actress Cynthia Erivo will play Franklin.

Aretha Franklin’s career will outlive her for decades and centuries to come. While she was still alive, she received the country’s most distinguished awards, including the Presidential Medal of Freedom, Kennedy Center Honor, and a Grammy Lifetime Achievement Award. In 1987, she became the first woman inducted into the Rock and Roll Hall of Fame (via The Detroit News).

It comes as no surprise, then, that Franklin left behind a substantial estate, which was presumed to be split evenly between her four sons (via Hour Detroit). However, the actual worth of her estate and its beneficiaries have been called into question.

Aretha Franklin’s estate, which includes properties, cars, furs, and jewelry, is said to be worth at least $18 million and as much as $80 million (via The Detroit News). However, the singer’s longtime attorney David Bennett stated that she owed $8 million in taxes at the time of her death.

When Franklin died from pancreatic cancer at 76 years old on August 16, 2018, her family could not find a will. Her four sons thus expected to receive equal shares of the estate. Franklin’s niece, Sabrina Owens, was named the estate’s executor (via The New York Times).

Then in 2019, in a surprising twist, three unofficial handwritten documents, dated from 2010 to 2014, were discovered in Franklin’s home (via The New York Times). These documents, one of which was reportedly found under some couch cushions, allegedly revealed how she wanted her assets distributed.

Per The Times, these newfound documents, and questions of their validity, are being fiercely debated. Now, as reported in The Guardian, a fourth will, this one allegedly from 2018, has been discovered, complicating matters even further. A trial in August 2021 will ultimately determine the validity of the various documents and potential control of the estate and it assets.