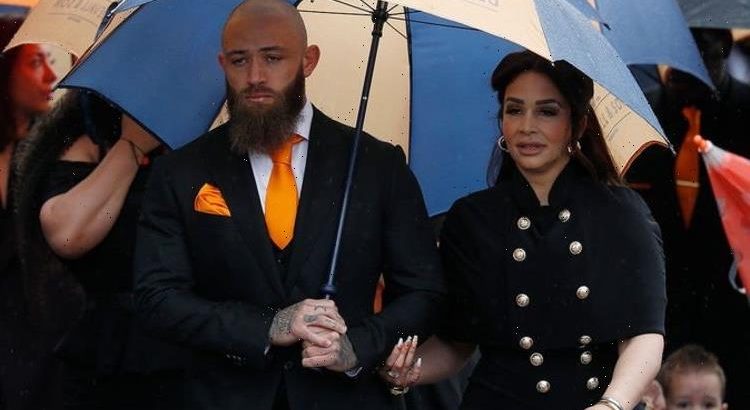 Azaylia Cain: Funeral cortege greeted with round of applause

The couple laid their baby daughter Azaylia to rest after the eight-month-old tragically died of cancer last month. Her death sparked an outpouring of grief, which was seen at today’s service when mourners lined the streets to pay their respects.

The former Coventry City footballer and Ex on the Beach reality star took a public walk alongside his partner as they made their journey to the funeral.

Azaylia’s coffin was carried in a white horse-drawn carriage, with her name spelt out in flowers in the window of one of the funeral cars.

Her parents emotionally walked alongside her on the way to the private ceremony, which only family attended due to Covid restrictions.

Among the stars to pay tribute to her after she died were Abbey Clancy and Peter Crouch, as well as Molly Mae Hague. 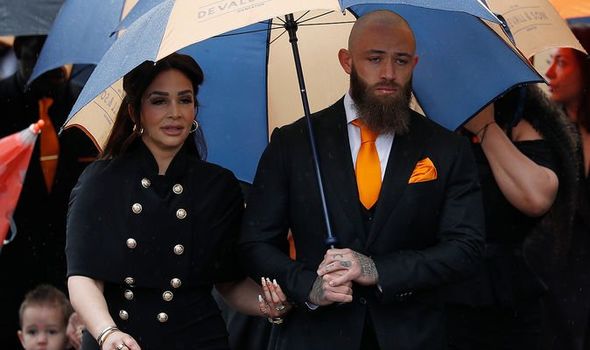 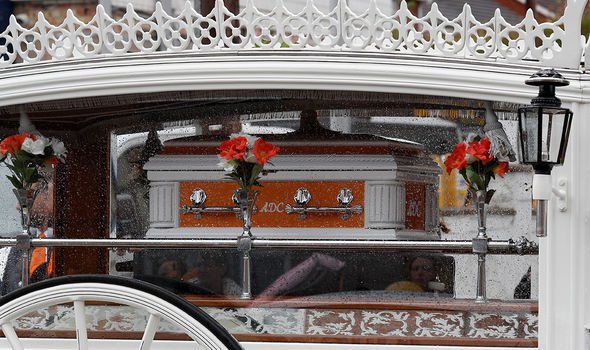 Hundreds of locals also lined the streets of Nuneaton to mourn with the family as they made the journey.

Azalylia’s story won the hearts of the nation, with thousands taking part in a nationwide clap to show their support for her.

People held orange umbrellas as the rain fell on Friday, with teddy bears of Lion King characters in the procession cars too.

Ashley also wore an orange tie for service, with locals taking it upon themselves to decorate the streets in anticipation for the funeral. 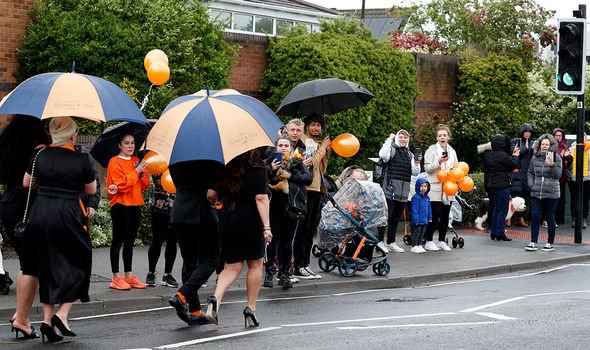 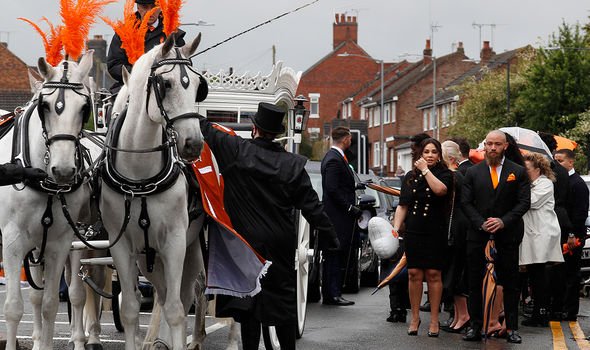 When the procession began, bunches of orange balloons and bubbles were released into the air.

Ashley shared a touching Instagram post this week to mark the day, writing: “Azaylia’s Day, We would like to thank everyone for their prayers, words of sympathy & patience over the last few weeks, while we come to terms with the loss of Azaylia.

“We have been incredibly moved by the support we have received far and wide and all the beautiful gesture of kindness will live in hearts forever.

“We have been in correspondence with Warwickshire Police, to understand how we can give people who would like to pay their respects, the chance to do so.

DON’T MISS
‘If I could get a word in!’ Robert Buckland abandons GMB interview [VIDEO]
Covid: Twitter reacts to Sturgeon discussing variants [REACTION]
Half of Britons don’t know they live in a hard water area [REVEAL] 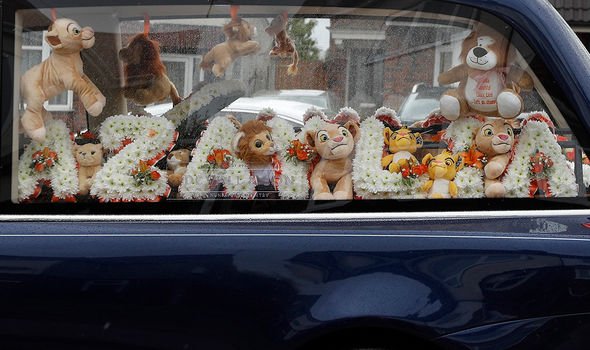 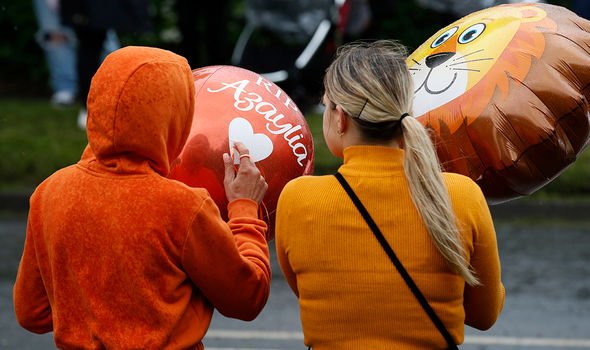 “Due to current restrictions, the family will be attending a private service of celebration of Azaylia’s life, but prior to the Azaylia’s service we will be giving Azaylia her last journey through Nuneaton town.”

Azaylia passed away at the family home on April 24, with Ashley and Safiyya both paying emotional tribute as they broke the news on social media the next day.