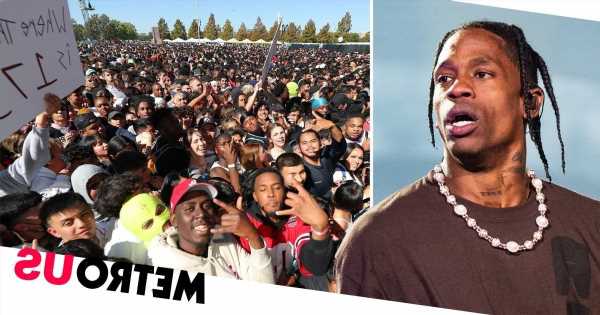 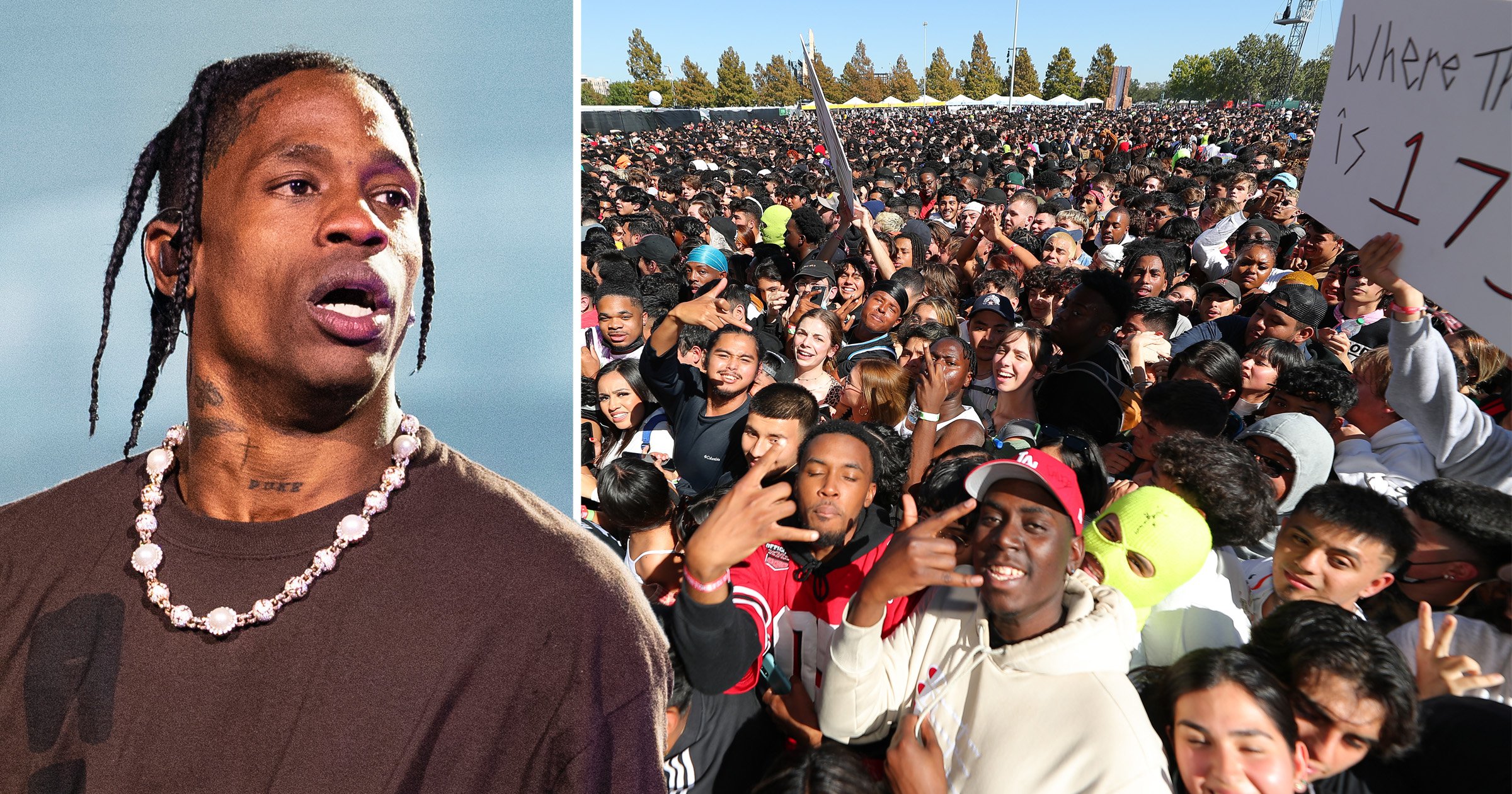 An Astroworld security guard has revealed he ‘bailed’ on the night of the fateful festival because he claims the venue was ‘severely understaffed’ and there hadn’t been adequate training.

Darius Williams says he was hired by a company called Contemporary Services Corporation (CSC) days before the music event, headlined by Travis Scott, which ended in tragedy after at least eight people died following a crowd crush on Friday.

Speaking to TMZ about the concerns he had about working the event which had a 50,000-strong crowd, he claimed his training finished at 11pm the night before the event.

Williams alleged that he was being put in ‘security-type roles, which I didn’t have any real training in’ as he added: ‘The training for that was extremely brief. It was an open-book test.

‘The teacher – he was actually giving us the answers as we were going through the books ourselves and trying to hurry up and fill out the answers.’

He continued: ‘This was the night before Astroworld and it was already approaching 11pm. We had been there for three or four hours. We were tired, we were hungry.’

Williams claimed that when he showed up to work the next morning, he ‘just knew that we were definitely understaffed in every sense of the word.’

‘There was probably one security guard – from what I saw – for every 500 to 1,000. So I knew immediately if two people decided to rush the gate it was over with,’ he explained. ‘So I just decided it would be best to just leave and just not work the festival altogether because I just had the feeling I would be in unsafe conditions.’

‘I know that there were several other people that said they wanted to walk out and leave,’ he added, although he ‘didn’t stick around to see if they actually left.’ ‘

Williams claimed: ‘I’m sure there are several others that were very unhappy with the entire situation.’

He continued: ‘I asked Travis Scott and his team to work with HPD for all events over the weekend and to be mindful of his team’s social media messaging on any unscheduled events. The meeting was brief and respectful, and a chance for me to share my public safety as Chief of Police.

Scott’s promoter quickly agreed to stop the show, yet the 30-year-old rapper, real name Jacques Berman Webster II, appeared to keep playing till the end of his 75-minute set, at 10.15pm, the newspaper reported.

According to the Washington Post, people in a tightly packed section of crowd could be heard shouting ‘help … please help’ in a clip filmed at 9.12pm – over an hour before the performance finished.

Houston’s fire chief, Samuel Peña, later told a press conference that the crowd had begun to ‘compress towards the front of the stage’, causing some injuries, by 9.15pm.

Staff allegedly ignored fans who begged them to halt the performance, including some who climbed onto raised platforms to point out the injured to camera operators as early as 9.30pm.

The Highest in the Room rapper did stop the music several times during his set after spotting fans who had ‘passed out’ or were in distress and asking security to help them out.

It’s since been reported Scott and guest performer Drake are being sued for $1,000,000 (£741,000) over the ‘preventable’ stampede. Neither Scott nor Drake have commented on the lawsuits.

The rapper, who is expecting his second child with Kylie Jenner, shared a statement of his sorrow about the tragedy on Saturday.

He has since offered to pay for the funerals of those who died and will issue full refunds to all who attended the festival.

Metro.co.uk has reached out to Travis’ reps for comment.