Barbara Windsor has sadly passed away, after news of her death emerged last night. The beloved BBC star, who played Peggy Mitchell in ‘EastEnders’ until 2016, is considered a national treasure to many after decades on TV and in film. Her husband Scott Mitchell revealed the damning toll of the illness on her health in recent months, which he described as an “emotional rollercoaster” that felt “like bereavement” to The Sun. The former actress gushed her love for Scott in recent years, who she felt was her soulmate after a number of high profile relationships and affairs, including with one of the Kray Twins. In a candid interview, she explained why she knew her husband, who is around 25 years her junior, was the perfect match for her and why she decided to never become a mother.

Barbara blamed difficulties during her childhood for her avoidance to become a parent and revealed that she had five abortions throughout her life to ensure she could pursue he career instead.

She told the Sunday Mirror in 2000: “People think you must be a monster if you don’t want kids but I’ve never been one of those women who go ga-ga over babies.”

The TV star, who featured in the ‘Carry On’ film franchise, admitted she didn’t have “any regrets” about the decision and shockingly had been branded “selfish” by some for it.

Barbara continued: “I’ve been told it is, but I’ve just never had those maternal feelings. I am a nurturer by nature, but I nurture adults – my friends, the people I work with. I don’t want to nurture children.”

Problems during her own upbringing left her uncertain about motherhood after her parents had a messy divorce that she was forced to testify in – in the lead up to that she struggled extensively.

She said: “My home life as a child was so unhappy that the people in showbusiness became my family. Children never featured. 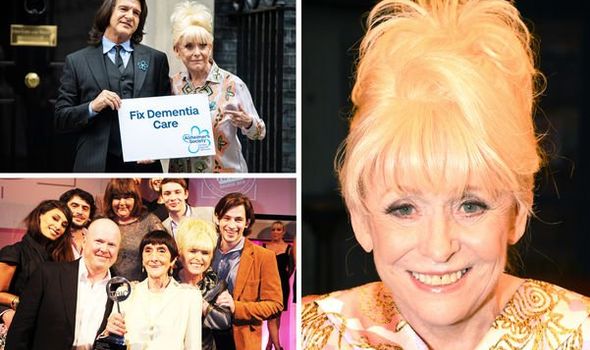 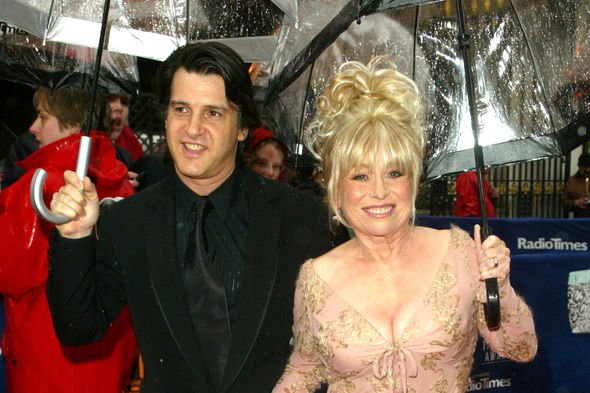 “I even hated dolls as a girl and every time a new baby came into the family I was completely bored by it.”

The star believed those strong feelings stretched back to her father, who abandoned her at 15 years old after she gave evidence against him in court.

Barbara said: “He just cut me dead after the court case, I didn’t hear from him for nearly 20 years. I think it was then I started to pander to men.

“I have always had this thing about being eager to please. I think I was subconsciously trying to make sure these men didn’t abandon me like Dad did.”

Scott Mitchell, the star’s husband of 20 years, was her third marriage after being with Kray Twins’ associate Ronnie Knight for 21 years and Stephen Hollings, a chef from Yorkshire, for nine.

Even her choice in partners influenced her choice to avoid motherhood, she said: “You don’t understand, I just didn’t want them. 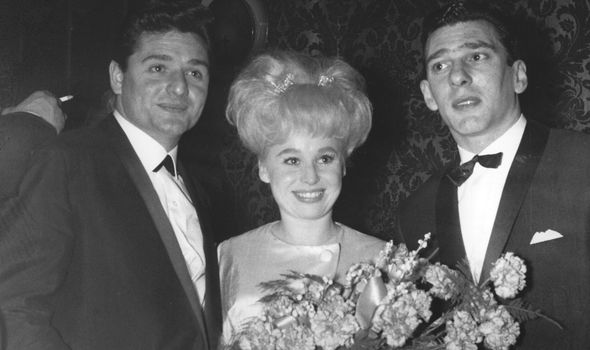 “The men in my life were children enough for me. Anyway, I had a career. It wouldn’t have been fair. I know people might say, ‘Hasn’t she ever heard of contraception?’

“But when I was really young no one ever talked to me about sex or babies. When I got pregnant the first time I actually didn’t know how it had happened. How was I to know you got pregnant by having sex?”

Barbara attributed her husband Scott with helping her to move on from the ill-feeling she had about her childhood, which she felt heavily influenced her relationships.

She said: “I’m always worried that I’m a nuisance. I suppose even that stems from my parents’ divorce.

“For years, I believed it was my fault they split up, that if I hadn’t given evidence in court they’d still have been together.

“Scott has made me talk a lot about it and I think it’s going to be OK.”

In a heartbreaking confession, Barbara confessed her fears about their age gap – that is around a quarter of a century – was not about infidelity or her being older than him but her health.

She said: “I just worry because I’ve had a few aches and pains recently and, at the pace I work, that isn’t good.

“I just keep saying to myself, ‘Please God, don’t let my body give up on me now that everything is so good’.”

Barabara gushed that her and Scott “will always be together” and joked that they were like “two funny little gnomes” pottering around their house.

She added: “We cook together, we laugh together and we talk a lot.

“I know he loves me very much… I was never completely sure of Ronnie [Knight] or Stephen [Hollings]. But I am sure of Scott – more than I’ve ever been sure of anyone.”