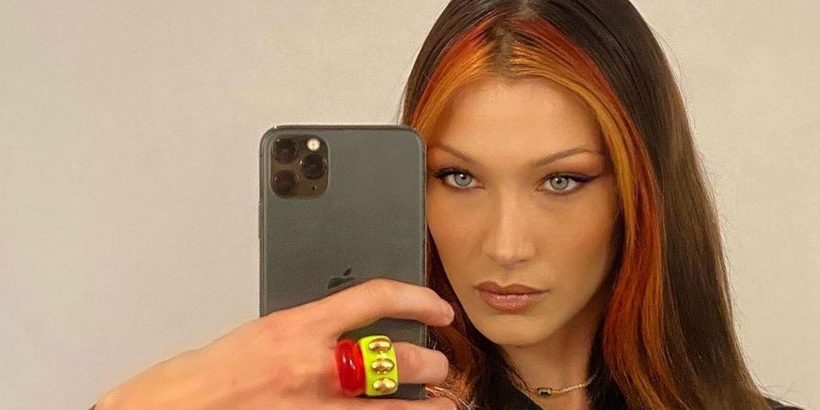 With the graphic tee trend of the early '00s officially in full swing, it was only a matter of time before Ed Hardy shirts made a return. Before falling off the radar in 2009, Ed Hardy was worn by just about everyone from Paris Hilton to Britney Spears (Chrissy Teigen even modeled the brand's bathing suits), and now the tattoo-inspired graphic T-shirts are finding their way back into our closets.

Just ask Bella Hadid, who was spotted on a coffee run in New York City with her new boyfriend, art director Marc Kalman, wearing a vintage Ed Hardy tee. She teamed the shirt with low-rise white pants with zips on the side and the phrase "Punk Queen" emblazoned across the butt.

She finished off the look with other accessories representative of the Y2K era, including a shell necklace and tiny sunglasses.

The supermodel's latest outing came a week after she went Instagram official with Kalman in a PDA-filled photo. According to Page Six, the pair have been secretly dating for an entire year. "They hid it well," a source told the publication, adding that they went to great lengths to keep their relationship out of the spotlight.

"If they went out, he would come out first, get the car, and then she would get into the car. They would drive to a location, and he'd drop her off but not get out and go park the car," the insider continued. "They were very diligent about not being seen on a public street at the same time."

In an effort to throw people off even further, the couple made sure there was "never any PDA," and hung out in groups when in public.