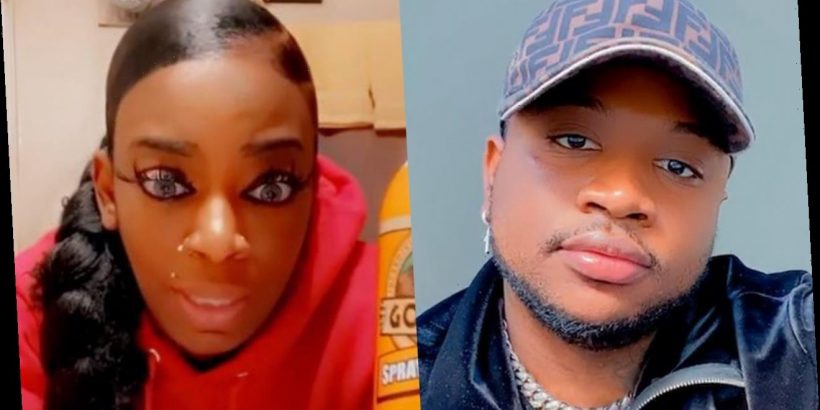 Tessica Brown went viral after sharing in a TikTok video, which has more than 20M viewers, that she could not move her hair for ‘a month’ after she applied Gorilla Glue Spray Adhesive Heavy Duty on her hair.

AceShowbiz -Tessica Brown, also known as Gorilla Glue Girl on social media, may now have the answer for her struggle to remove the hardened adhesive on her hair. It has been reported that Beverly Hills plastic surgeon Dr. Michael Obeng has offered her help to fix her sticky situation using medical-grade glue remover.

According to TMZ, Tessica has flown from Louisiana to Los Angeles to meet the doc. The doc allegedly estimates that the procedure may take 2 or 3 days before he can completely get rid Gorilla Glue off her hair.

Famed celebrity hair stylist Arrogant Tae has also welcomed Tessica should she want him to help her. On Tuesday, February 9, a fan wrote to Nicki Minaj‘s former stylist, “the super glue girl needs you I’m not even bein funny it would prob lift her spirits to get a frontal by you.” To that, Tae responded, “Tell her come on [heart emoji].”

Tessica went viral with #GorillaGlueGirl hashtag on Twitter after she revealed in a video, which has more than 20M viewers, on TikTok that she could not move her hair for “a month” after she applied Gorilla Glue Spray Adhesive Heavy Duty on her hair. She decided to use the industrial glue because she ran out of her Got2B Glued Blasting Freeze Hairspray.

While admitting that using Gorilla Glue spray on her hair was a “bad, bad, bad idea,” Tessica said, “Y’all look. My hair, it don’t move. I’ve washed my hair 15 times and it don’t move.” She eventually spent 22 hours in the ER where healthcare workers allegedly tried to remove the glue by putting acetone on the back of her head to no avail. Tessica, who has earned $13,000 after opening a gofundme page, reportedly is planning to sue Gorilla Glue over a misleading warning label that doesn’t mention hair.

Meanwhile, Gorilla Glue revealed in a statement, “We are aware of the situation and we are very sorry to hear about the unfortunate incident that Miss Brown experienced using our Spray Adhesive on her hair. This is a unique situation because this product is not indicated for use in or on hair as it is considered permanent.”

Explaining its product, the company added, “Our spray adhesive states in the warning label ‘do not swallow. Do not get in eyes, on skin or on clothing…’ It is used for craft, home, auto or office projects to mount things to surfaces such as paper, cardboard, wood, laminate and fabric.” The company continued, “We are glad to see in her recent video that Miss Brown has received medical treatment from her local medical facility and wish her the best.”