Despite the Democratic nominee’s tough words, his campaign has been Facebook’s top political advertiser over the last month 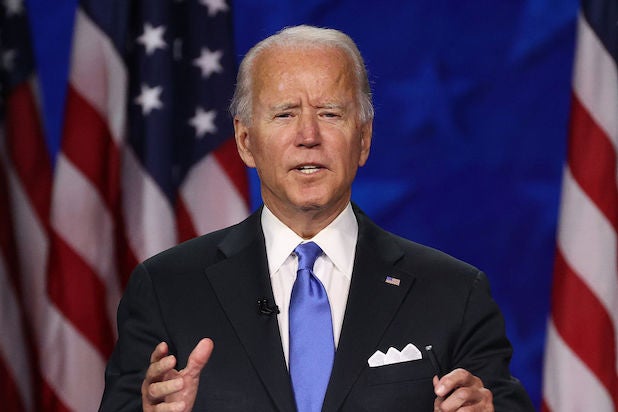 Democratic presidential nominee Joe Biden’s campaign has ripped into Facebook once again, saying the social network has taken “no meaningful action” to curb election misinformation from President Donald Trump. At the same time, Biden’s campaign has continued to spend big bucks on Facebook advertising in the lead-up to November’s election.

The criticism came in a three-page email sent by Biden campaign manager Jen O’Malley Dillon to Facebook chief Mark Zuckerberg on Monday. The Biden team, in the email first obtained by Axios, blasted Facebook as “the nation’s foremost propagator of disinformation about the voting process.”

In response, a Facebook rep told Axios the company has “rules in place to protect the integrity of the election and free expression, and we will continue to apply them impartially.”

This wasn’t the first time Biden has gone after Facebook. Back in June, the former vice president called Facebook a “tool to spread misinformation.”

Biden’s recent criticism comes after Facebook was widely criticized last fall for not pulling political ads containing lies; his criticism also comes after Facebook has been ripped over the last few years for its inability to weed out Russian trolls during the 2016 U.S. election. (Still, there is little reason to believe bogus Russian ads played a major role in shaping the results of the 2016 election. A study from Oxford University found Russian trolls, working for the St. Petersburg-based Internet Research Agency, spent less than $75,000 on Facebook ads between 2015 and 2017.)

Since 2016, Facebook has implemented a few rules to combat election meddling, including making all U.S. political advertisers register with an American address. The company has also rolled out a tool allowing users to see how much money politicians have spent on Facebook. And recently, Zuckerberg said Facebook will be more proactive in flagging election misinformation, including false claims coming from the president’s account.

Despite the Biden campaign’s harsh words for Facebook, his team hasn’t shied away from using the platform to reach voters. In fact, Biden has been the top political advertiser on Facebook over the last month, with about $19 million spent on ads. President Trump’s page during that same time period has spent $17.1 million on Facebook ads, according to the company’s ad library.