Jerry Schatzberg first discovered Bob Dylan after his friend, Andy Warhol superstar and Velvet Underground singer Nico, insisted the sought-after photographer should check out “the voice of a generation.”

He had no idea at the time how much his life would change just for taking her advice. 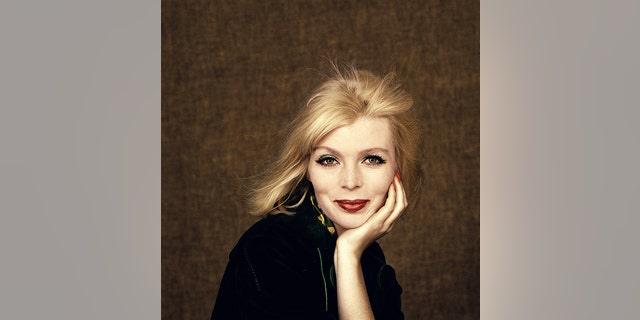 “I was friendly with a lot of musicians,” he told Fox News. “But I hadn’t gotten into Dylan. Nico kept saying, ‘Oh, you gotta listen to Dylan!’ I was photographing her for a book and she knew him. She kept saying I had to listen to Bob Dylan. I kept telling her I would. And then finally I did. And I was hooked. Hooked to the music and listening to the poetry.”

Back then he had only heard of Dylan. But once he truly explored Dylan's tunes, he became an instant fan and was eager to photograph him. As it happens, Schatzberg would go on to photograph Dylan during one of the singer’s most pivotal moments of his life, when he had shocked his fans by going electric. 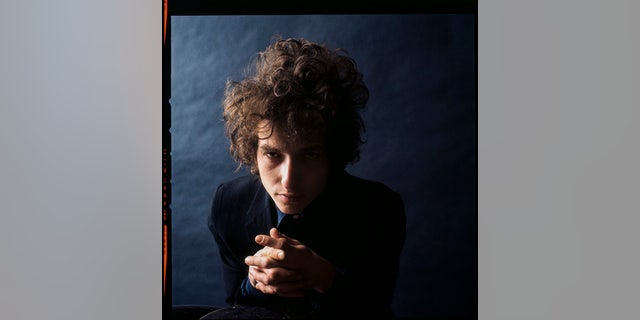 Schatzberg, now 91 year old, recently released a book titled “Dylan by Schatzberg,” which chronicles their relationship over the years in photos and memories.

The freewheeling adventure started in 1964.

“I was photographing some musicians,” he recalled. “I said half-jokingly, ‘If you ever see Dylan, tell him I’d like to photograph him.' And the next day I got a call from his wife Sara [Lownds]. … She said, ‘Bobby hears you want to photograph him.’ … She gave me an address where he was recording ‘Highway 61 Revisited.’ She said, ‘He knows you’re coming.’”

The next day, Schatzberg headed to Dylan’s studio. It was six days after the Newport Folk Festival set where Dylan went electric and was collectively booed. Schatzberg didn’t know what to expect of the singer, who was famously wary of the press and notoriously private. 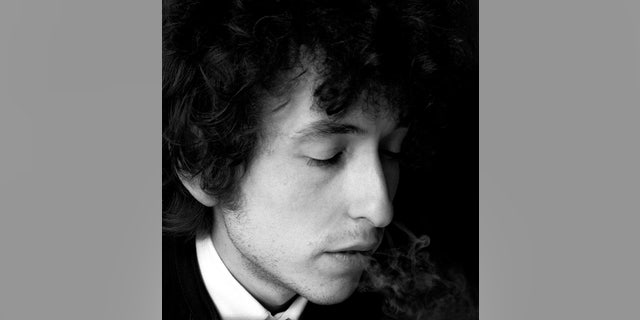 Instead, he received a surprising welcome.

“He was just as open as any one of my friends,” said Schatzberg. “He kept saying, ‘Oh you gotta listen to this.’ He loved to have people listen to what he was recording. He played something for me and I was just so impressed. … That’s how it started.”

Schatzberg quickly impressed Dylan with his photographs and the pair found themselves quickly becoming friends. When Schatzberg wasn’t photographing Dylan or listening to a track in progress, the duo would bond over dinner or visit discoteques that the cameraman believed were “fashionable.”

“I was inhibited by the whole situation because by then, everybody knew who Bob Dylan was,” admitted Schatzberg. “I fell in love with his music, as everybody else did. And it just evolved. And we got along personally. … He’s not very open and cordial to the press. He doesn’t like being asked questions and they’re always asking the same ones. It’s just not him. But he knew that he had to put up with it for a while. I’m sure he still does.” 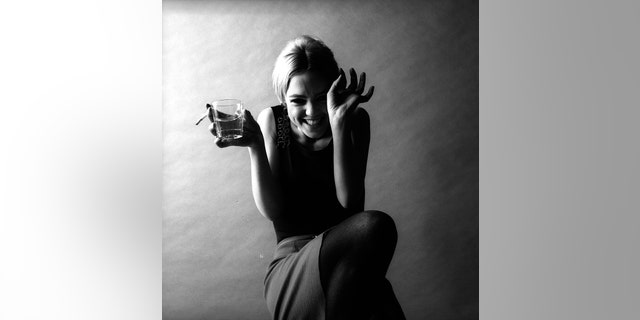 In 1966, Dylan even asked Schatzberg to photograph his friend, Warhol muse and Vogue It-girl Edie Sedgwick.

“His manager was going to represent her,” said Schatzberg. “When I asked him what they were going to do with her, he said, ‘I don’t know. I just think there’s something there.’ And he was right. Because of all the photographs I sell, other than Dylan, she’s one of the most requested.”

However, it was Schatzberg’s session with Dylan for his 1966 album “Blonde on Blonde” that became one of the most iconic images in music.

“I was asked if I would do the cover,” Schatzberg explained. “… I’m sure to Dylan, the [title] meant something. But I really couldn’t find out. I just took it for what it was. … I shot him in the studio, but I wasn’t really satisfied. Something was just not coming across… Then I asked him if he would mind going out on the streets with me. 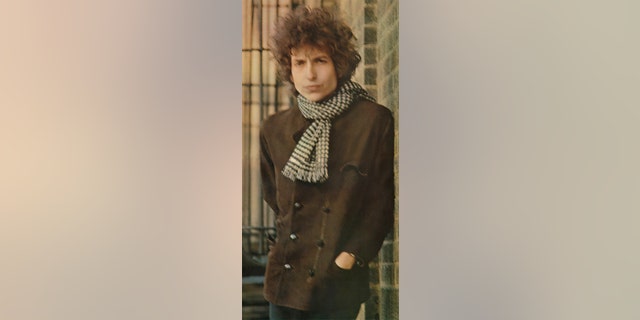 “I remember as a kid, my parents would take me to the Meatpacking District [in New York City] for wonderful steak and potatoes. I was always impressed with how it looked like down there. So we got into a car, looked around, found a location and began photographing. Dylan was famous, but I don’t think it affected people who were walking by.”

It was a wintry February day and both men wore barely-there jackets. Schatzberg snapped away as he shivered in the cold. The blurred image may have been a mistake, but it was the one Dylan chose for his album cover.

“If I didn’t show them to him, I would have taken those images out,” admitted Schatzberg. “The record company would have never published them. They were blurred. But he looked at them and he picked that one out. And what Dylan wants, Dylan gets. … It really does stand out.”

Many have long speculated the hazy aesthetic meant Dylan was on drugs. Schatzberg scoffed at the rumors that have persisted for decades. 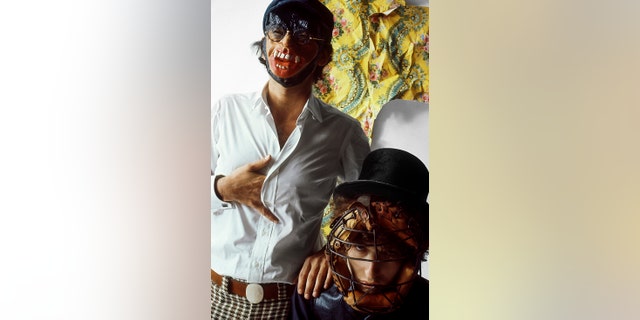 “That’s why I tell the story,” he said. “[Drugs] had nothing to do with it. … We were cold, we were shivering. … But thank goodness. It’s a wonderful image.”

The famous location where the cover was shot is still there — if you look closely enough.

Schatzberg, who was already well-established by the time he met Dylan, continued to thrive as an in-demand photographer. Some of his subjects over the years included Aretha Franklin, Frank Zappa, Jimi Hendrix and even Fidel Castro, just to name a few. 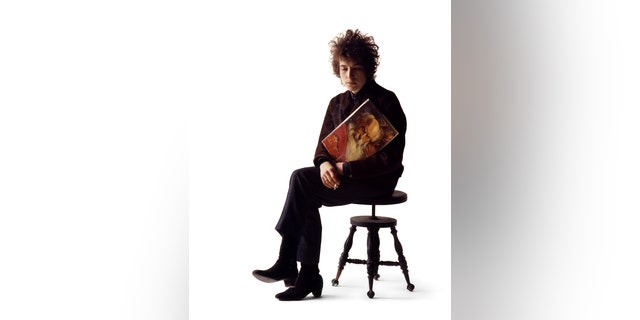 Earlier this year, Schatzberg was in talks with Dylan’s manager about upcoming projects and what the future holds for the pair.

“In my way of thinking, and maybe I met too many people in my life, I don’t find him so inaccessible,” said Schatzberg. “He wasn’t inaccessible to me. Sure, I was intimidated at first… But he’s just a real person with an extraordinary talent.” 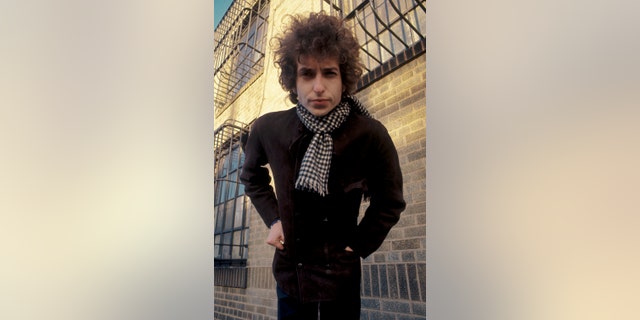