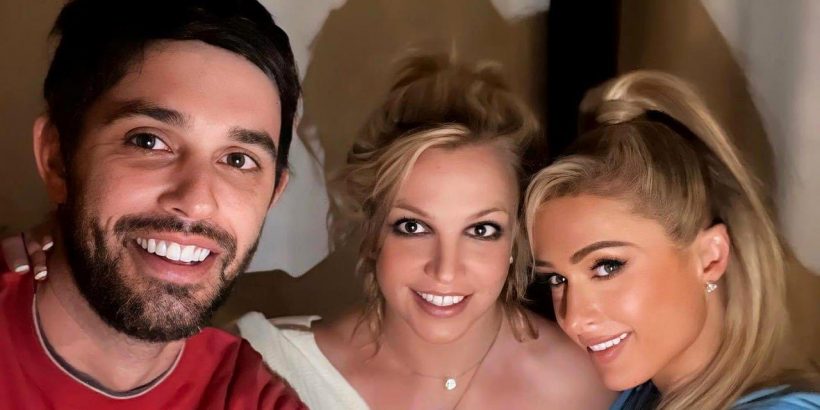 While Paris has defended herself against allegations that she Photoshopped Britney into the Instagram picture with the CAA agent, the pop singer claims that the snap of her with the reality TV star isn’t new.

AceShowbiz –Britney Spears wasn’t reunited with her friend Paris Hilton at a recent party. After reports emerged that the pop superstar was having a blast with her famous friend at Cade Hudson’s 36th birthday bash, the singer has denied she attended the soiree.

“I haven’t been to a bday party in forever!!!” she captioned a video of her dancing in a red Coca-Cola crop top and matching miniskirt at home. “Also have no idea about these pics of me from a birthday party.”

The 41-year-old star went on claiming that the photo, which saw her posing with Paris and Cade, was not new. “And as for the pics, those have to be from years ago !!!” she pointed out. “Kind of creepy and weird that no one is talking about that … makes no sense whatsoever !!!”

Paris shared her photo with Britney and Cade when congratulating the Hollywood agent on his birthday over the weekend. “Happy Birthday @CadeHudson22! Sending you so much love on your special day! So many fun memories together over the years! We always have the best time!” she wrote in the caption.

“You always make me laugh. You are so much fun and you have a heart of gold. Thank you for always being such a loyal and true friend. Feel so lucky to have you in my life! Excited to celebrate you this weekend and make more epic memories together Love you forever and always,” she continued.

Paris also included her pictures with Cade and other famous figures in the industry, but they appeared to be taken at different times. Social media users later accused the reality TV star of Photoshopping Britney into the image, with one person even asking it if was “an AI Britney.”

“Look at her fingers,” they wrote. “WTF Paris. You’re becoming more and more shady to me and I used to love you dude. How dare you participate in whatever is going on with Brit?”

“How dare you participate in whatever is going on with Brit? This won’t end well for you!” another critic wrote. “And if you delete my comment it’ll just solidify my thoughts about you.”

Catching wind of those comments, Paris explained in the comment, “To all of those asking. Some of these photos were taken on an iPhone so they ended up being blurry.” She added, “So they used this app called Remini to make it look unblurry and sometimes the Ai distorts images. Didn’t want to even dignify this with a response. But some of these conspiracy theories are absolutely ridiculous.”

While Paris didn’t mention anything about celebrating Cade’s birthday with Britney, TMZ reported that the two longtime pals attended the CAA agent’s star-studded birthday party on Saturday night, January 7 at The Park Santa Monica. The outlet especially noted that “Cade was able to get Britney to show up” for his birthday bash, while “she’s been mostly herself these past several months.”