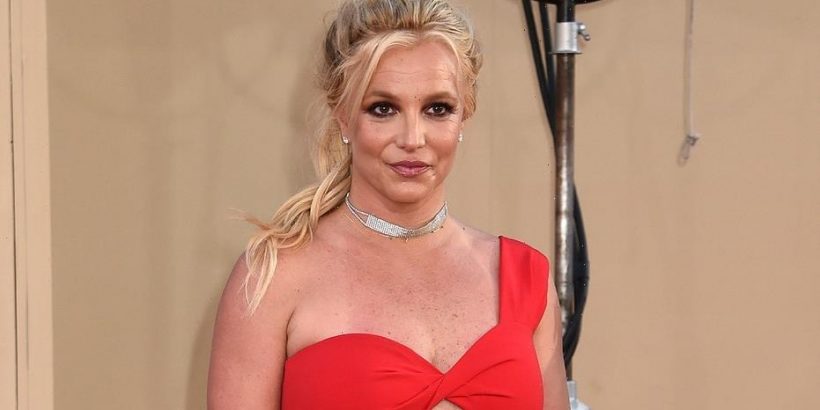 The 39-year-old musician shared four more photos of herself only wearing a pair of blue jean shorts. The “Gimme More” singer captioned the carousel of photos with red rose emojis.

“[It’s] because I was born into this world naked and I honestly feel like the weight of the world has been on my shoulders and it’s made me view myself that way !!!!” the “Toxic” singer explained. “I wanted to see myself in a lighter way … naked … like the way I was born and to me looking back at my pictures when I shoot it’s insane the psychology in seeing myself in my purest form gives evidence that pain … hurt … tears … and heavy burdens aren’t who I am.”

Britney Spears shares another set of topless pics as she goes on Instagram posting spree Tuesday evening. The star even used a Justin Timberlake lyric in a caption.
(Jordan Strauss/Invision/AP, File)

Fans apparently interpreted the caption as a hint that a collaboration between Spears and Timberlake might be in the works. “Ok I’m off JT’s wagon, but if you guys collabed, I would hop back on so fast,” wrote one person.

The pop singers previously dated from 1999 to 2002 but never released any music together. Timberlake and Spears did perform together at the Super Bowl XXXV halftime show back in 2001.

Timberlake, 40, recently spoke out in support of Spears during her ongoing conservatorship battle.

“After what we saw today, we should all be supporting Britney at this time. Regardless of our past, good and bad, and no matter how long ago it was… what’s happening to her is just not right,” he began. “No woman should ever be restricted from making decisions about her own body.”

The star continued: “No one should EVER be held against their will… or ever have to ask permission to access everything they’ve worked so hard for.”

In February, Timberlake also apologized to Spears and Janet Jackson amid the fallout he received following the release of the “Framing Britney Spears” documentary. The program led fans of Spears to speak out against Timberlake and Diane Sawyer for the way they treated the pop star in the past.