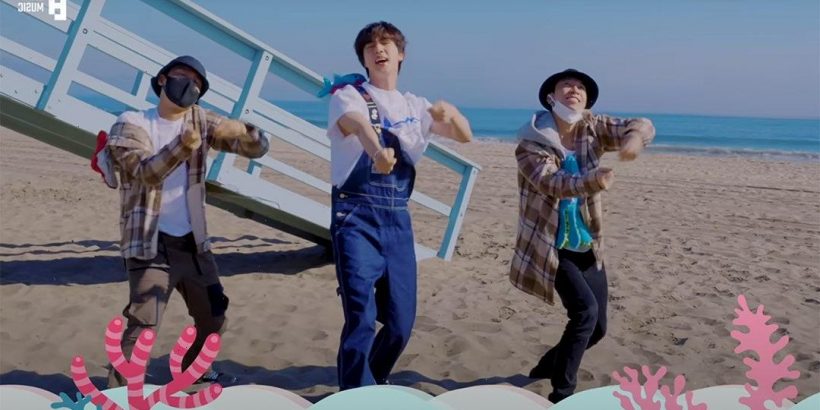 BTS are no strangers to frequent merch drops and acting as global brand ambassadors for everything from Coway air purifiers, to Samsung. But they also have the unique power to accidentally sell out everyday items just from sheer name-dropping alone — or even just a cursory display in one of their videos. This time, it was dog toys from Target.

On December 4, BTS’ Jin surprised his fans by releasing a minute-long song and video to commemorate his 29th birthday — and his love of fishing. The new “Super Tuna” music video went viral over the weekend, with 14 million views on YouTube and a dance challenge already gaining traction. “Super Tuna” is actually a trot song, a genre of Korean music hugely popular in the Fifties to the Eighties, known for its repetition and very specific vocal style.

The 80 Greatest Dylan Covers of All Time

While some fans have chosen to imitate the choreography of him flopping around like a fish on TikTok, ARMY is also going wild for the dog toys sewn onto Jin and his backup dancers’ clothes. The toys are from BARK’s dog toy collection at Target called “Under the Seams.” The nautical and fish-themed line includes Sting Crosby the Ray, Shifty Sid the Squid and Moby Lick the Whale, which all made a surprise appearance in the music video. New purchases have been flooding in ever since, mostly from BTS fans.

“We’ve got a ton of teammates who are big BTS fans, so we were completely shocked, delighted, and giddy at the realization that Jin used our toys in his video,” Stacie Grissom, Director of Content and Communications at BARK tells Rolling Stone. “We are certainly seeing the power of the ARMY following our post; we have never had a Tweet about product get this much engagement so quickly.”

The BARK “Under the Seams” line is currently only sold at Target, both in-store and online. If you’re going to purchase these for your pooch, most are “made for thrashers” and contain deep squeakers that will be perfect for playtime. They range from $7.99 to $11.99 each (cheaper than most official BTS merch), and are just cuddly and soft enough to display on your shelf, or flop around with to the tune of “Super Tuna.”

We wouldn’t be surprised if these sell out online, so wade through all the trout and oceanic puns, and pick yourself up a BARK plush for your furry friend (or just for yourself).