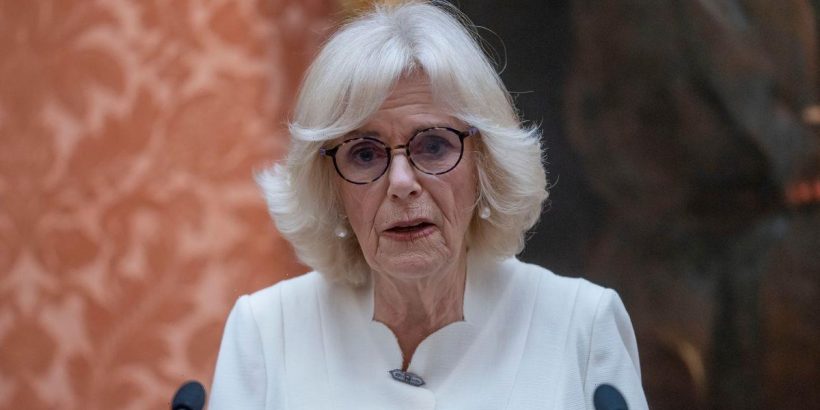 Queen Consort, Camilla, hosted a reception at Buckingham Palace to raise awareness of violence against women, as part of United Nations’ 16 days of activism against gender-based violence.

The event was attended by around 300 people including survivors and their families, as well as celebrities including former Spice Girl Mel B, Love Island star Zara McDermott and television presenter Lorraine Kelly.

Other Queens in attendance were Queen Mathilde of Belgium, Queen Rania of Jordan and the Crown Princess Mary of Denmark as well as the First Lady of Sierra Leone.

Camilla spoke with Home Secretary Suella Braverman and Health Secretary Steve Barclay in the white drawing room of the palace. The Countess of Wessex was also present, as was former Prime Minister Boris Johnson’s wife Carrie and his sister Rachel Johnson.

Former Spice Girl Mel B praised Camilla for being “brave” in drawing attention to domestic violence, something the performer said is still something of a taboo subject.

The singer told PA: "I feel honoured that I got invited (to the reception) on behalf of Women’s Aid."

She said Camilla thanked her for all her work in the area and she praised the Royal for giving women a platform to speak out on the issue.

She said: “I think it’s quite amazing and quite brave for her to give awareness to something that is somewhat still a bit taboo. But there’s such an epidemic of it.

“It’s just brilliant that she’s kind of lifting up the sheet (on the subject) and not saying ‘this is what I would do’, she’s saying ‘I’m giving everyone a platform to be able to raise awareness and talk about it’, which is brilliant.”

While Love Island star Zara posted a video of herself on the way to Buckingham Palace, captioned: "I'm off somewhere very special today… any guess where?"