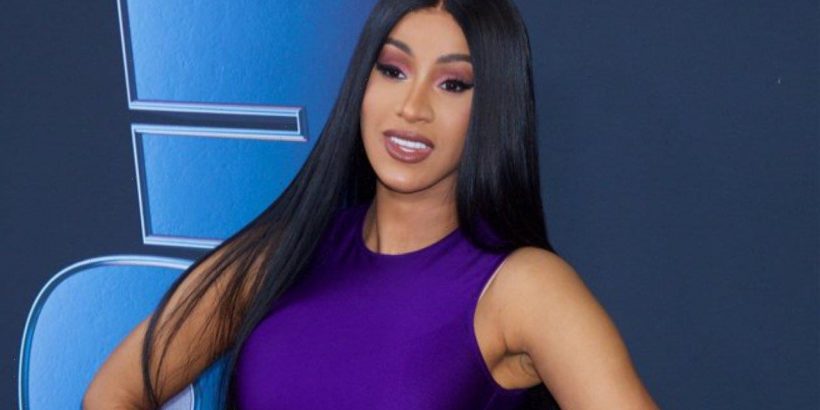 The ‘I Like It’ femcee takes down her account on the photo-sharing platform after slamming her ‘f**king fans’ for ‘talking s**t’ over her Grammys absence on the blue bird app.

AceShowbiz –Cardi B has had enough of all the criticism she received following her Grammys absence. The “Bodak Yellow” hitmaker has taken down her Instagram account shortly after she addressed her Twitter departure during live streaming.

During the Instagram Live session on Sunday, April 3 the 29-year-old raptress told her viewers, “I’m doing girl-day s**t today, right? And I’m chilling and everything and then I’m going through my Twitter, and I see people in my Twitter.. my fans, my own f**king fans, talking s**t.” She added, “Practically saying that I’m lazy, and that I was giving hints that I was going to the Grammys.”

“And motherf**kers talking like I’m getting canceled, this and that,” Cardi continued. The “WAP” spitter continued ranting, “Let me tell you something, I don’t give a f**k, whatever I said on them tweets, I really motherf**king mean it.”

Cardi went on slamming her fan, who brought up her kids and called her children “autistic.” She said, ” ‘Oh, why would you wish that on somebody’s mother?’ Well, that person brought up my son. If you talking s**t about me, why you bringing up my f**king son?”

The “I Like It” femcee then explained why she didn’t attend the Grammys. “Why would I show up with one nomination?” she asked her viewers. “And I lost it anyways, so you wanted me to go to the Grammys, lose an award, and me just be there smiling like, ‘That’s great, that’s great.’ “

Earlier that day, Cardi decided to delete her Twitter account after she slammed a fan who said that they were angry as the hip-hop star had allegedly “hyped them up” over her appearance at this year’s ceremony. “I’m deleting my Twitter but on god I hate this f**kin dumba** fan base,” she tweeted before taking down her account.

“You got the slow dumba**es dragging my kids all cause y’all [thought] I was going to the grammys and I didnt the f**k ?” Cardi added. “When the f**k I hinted I was going ? just f**kin stupid I can’t I needs [sic] to protect myself.”

In a separate Twitter post, Cardi questioned, “When did I hype y’all up ? Where and when did I ever gave hints ? Like are you ok ? I’m not going to a award [sic] if I don’t got a new song to perform Or my album ain’t out ….” She then noted, “Next year but shorty you gotta chill THE F**K.”