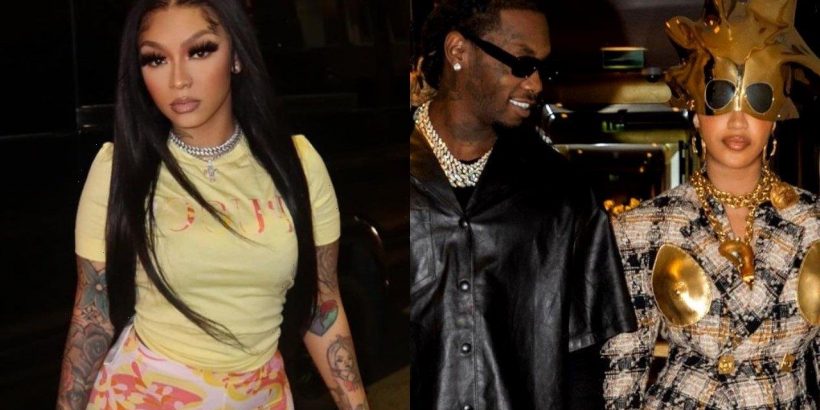 After Cuban tries to bring back Offset’s cheating scandal, the ‘WAP’ hitmaker shares a video of the 23-year-old femcee claiming that she did not know the Migos star.

AceShowbiz –Cardi B and Cuban Doll have reignited their beef. The two femcees went back-and-forth on Twitter over the weekend as they brought back Offset‘s 2018 cheating scandal.

It started after Cuban shared pictures of her wearing a leopard-print outfit from her upcoming music video. The 23-year-old later hinted her costume was inspired by Nicki Minaj, who was beefing with Cardi as well.

The post didn’t sit well with Cardi’s fans, who later shared old clips of Cuban dancing to the former’s songs. Catching wind of the post, Cardi wrote in a since deleted tweet, “Ask me why they hate me … THEY DON’T HAVE A REASON, JUST BANDWAGONING… It’s Cool tho, everyone that ever hated never succeeded.”

Cuban then shouted back at Cardi. The “Let It Blow” raptress raged, “Girl Sdfu !!!!! We never had a problem you dry tweeted that s**t bout me … me & you ain’t been cool offset was tryna f**k me.” She also urged the mother of two to not “play victim.”

As for the “F9” actress, she unleashed an old clip of Cuban in which she claimed she didn’t know Offset. Alongside the clip, the Grammy winner penned, “This is you as well LIKE I SAID …Don’t try to act victim cause I reply to those deleted tweets you was directing at me.Just tell your label to pay me for the promo.”

After trading shots at each other, Cardi decided to stop. “deleting those tweets.. it’s bad for business and I’m done helping out the needy.I want to apologize to my fans. I know y’all get upset when I give attention to germs,” the “WAP” hitmaker sarcastically wrote.

Luckily, Offset and Cardi decided to rekindle their romance. The married couple, who shares 3-year-old daughter Kulture Kiari, welcomed their second child back in September 2021.