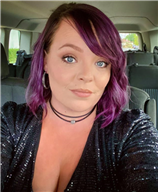 Not every aspect of Catelynn Lowell’s life is able to be shown on Teen Mom OG.

The show features an ensemble cast, and time is a precious commodity.

Still, with Catelynn and Tyler’s social media antics and their real lives, of course they have more of themselves to share.

That is why Catelynn is launching her very own magazine to keep fans up to date … and maybe make her social media presence a little better.

This online-only project is in conjunction wtih Richie Media Corp.

The plan is to share news about her life, family, and Teen Mom with “more than 7 million engaged followers.”

“Our family is extremely excited for this new business adventure,” the blurb on the Cate Magazine site reads.

“We love our fans and feel honored by their support,” the statement affirms.

“With the new CATE brand, our hope is to give more love to those who have been with us over the past decade,” the site explains.

“So be ready because this baby is ready to rock!” the Cate Magazine site teases.

The site is already off the ground.

Even shiny and new, it already includes links to variou sarticles, some “exclusive” while others are arranged by topics, like “reality.”

We can already see Catelynn offering parenting advice, being a mother herself.

Additionally, she and Tyler have detailed their renovations.

And there are entire sections of Teen Mom related content, with more to come in the future.

The idea is that this is a site where Catelynn can share what she wants and reach fans directly.

Enjoying the sales pitch? Great! You can go check out Catelynn’s online venture.

But some of us want to take a close look at what exactly this is.

See, for years, Catelynn — alongside numerous other reality stars, including some fellow Teen Mom cast members — has been big into clickbait.

We don’t mean that she reads it or writes it or even publishes it herself.

Some people misuse the term clickbait, referring to any article (especially if the entire article isn’t somehow contained in the headline) as such.

In reality, clickbait is more like “oh no, it’s time to say goodbye …” over a picture of a reality star in a hospital bed, but the pic is from when they got their tonsils out and the story is about buying a new car.

When people of low-to-middling fame share these, it’s a way to monetize their social media following. They get a little money, but fans get furious.

In theory, this site could be a solution to that.

Catelynn does have millions of followers. Some of them might want a no-nonsense look at what she really wants to share.

But is that what they’re getting?

Some of these articles already have some goofy vibes.

We’re not saying “clickbait” exactly, but vague “so sweet!” headlines and others debunking “divorce rumors” aren’t exactly giving people the inside scoop.

A personal website often implies behind-the-scenes looks and exclusives, not aggregating existing stories about one person so long as those stories are flattering.

Still, it’s a new site and maybe it will grow with time.

We could also see it really change if Catelynn and Tyler say goodbye to MTV forever … which is always possible, in the long run.

At the very least, we’d love to see Catelynn’s Instagram Story become less of a “swipe up” minefield.