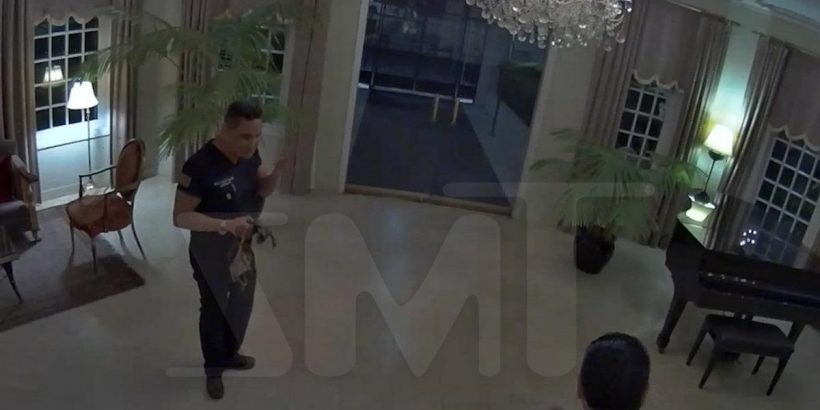 Dr. Alex Khadavi — a famous cosmetic dermatologist in L.A. — allegedly went on a homophobic tirade about his neighbors, threatening to “blow their f***ing heads off” … and his rant was captured on security footage.

The video, obtained by TMZ, is from Khadavi’s condo complex in West Hollywood, and it shows him approaching the front desk concierge in a hostile manner while ranting about people who live in the building … referring to them with the homophobic f-word.

He goes on to say he’ll shoot these people and later threatens to kill them … before taking his dog outside. When Khadavi returns to the lobby, he continues yelling at the front desk guy.

According to legal docs … this incident went down on July 7, and resulted in one of Khadavi’s neighbors — who is a gay man — filing for a restraining order against Khadavi for himself and his husband.

In the docs, the neighbor claims the concierge told him Khadavi made threats about killing gay people, and specifically asked about him and his husband and implied he was going to kill them.

The concierge also claims that 2 months before this incident … Khadavi showed him a handgun he was carrying while taking his dog for a walk. The neighbors say they fear for their lives.

This is not the first time Dr. Khadavi has been in the news for something like this. We broke the story … the ‘Million Dollar Listing’ guys got a restraining order against him back in 2016, claiming he made death threats and anti-Semitic, homophobic and racist comments.

Khadavi has had many famous celeb clients over the years, including Scott Disick and Lance Bass.

We reached out to the doctor. No word back, so far.