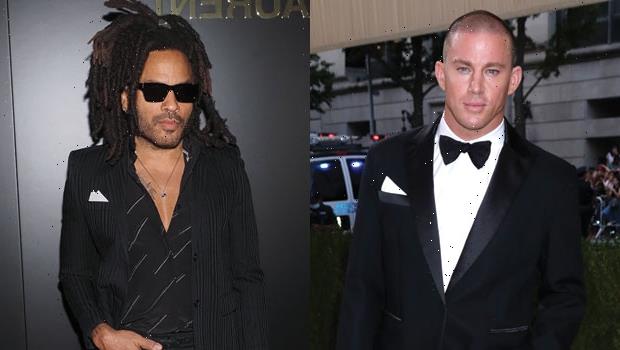 Lenny Kravitz continues to have a hold over everyone — even the rumored boyfriend of his daughter, Zoë. The famed musician, 57, shared a series of photos that showed off his abs on Instagram on September 29, announcing that three new albums were on the way. Great news, yes, but his followers were distracted by his bare chest, including Zoë’s rumored BF Channing Tatum.

“2:37pm. Good morning,” Lenny captioned the photos of him making coffee. “All nighter in the studio last night. 3 albums on the horizon. Going back in. Love.” Channing, 41, marveled at the musician’s abs in the comments section. “Good god man! What are you eating or what’s in the water or the genes,” he wrote. “It’s not natural. Do you just do abs like all day?”

The comment comes amid speculation that Channing and the musician’s daughter, fellow actress Zoë, are dating. The duo have not publicly confirmed the nature of the relationship, but they sparked romance rumors in mid August, when they were photographed riding a bike together around New York. The two have been spotted out together a handful of times since, grabbing coffee and groceries together and going on lunch dates in the city.

Earlier this month, Channing and Zoë attended the Met Gala on September 13. While they arrived separately and did not pose for photos together on the red carpet, the two did leave together to attend Alicia Keys‘ afterparty. Channing even shared a photo from the evening on his Instagram Story at the time that featured him and Zoë alongside Alicia and singer-songwriter Moses Sumney. 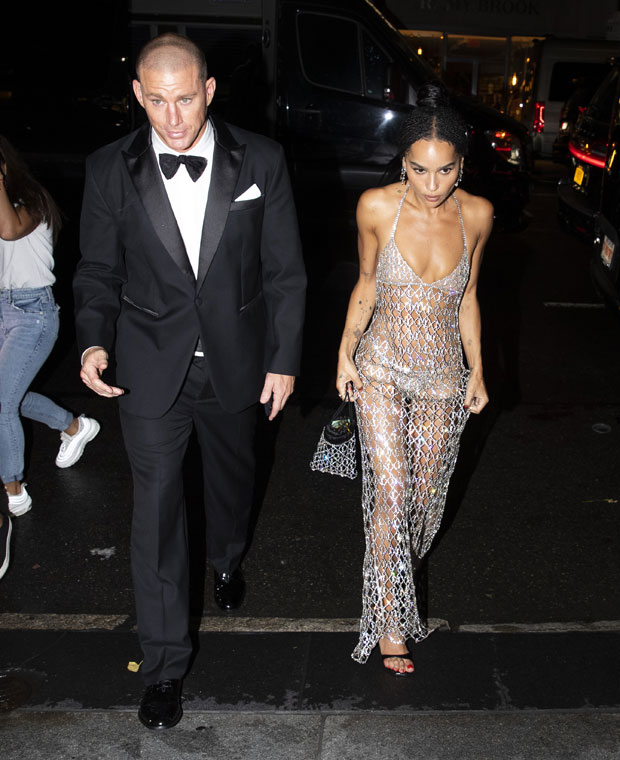 The two met while beginning work on Zoë’s upcoming directorial debut, Pussy Island. The “genre thriller” will follow a waitress who sets her sights on a tech billionaire named Slater King (played by Channing), who owns a mysterious private island. The actress told Deadline that she wrote the role of Slater with Channing (who also helped develop the script) in mind.

“Chan was my first choice, the one I thought of when I wrote this character,” she said. “I just knew from Magic Mike and his live shows, I got the sense he’s a true feminist and I wanted to collaborate with someone who was clearly interested in exploring this subject matter.” Channing told the outlet he was surprised to be offered the role, calling it “scary” and “liberating.”

“No one gives me a chance to play a role like this,” he said. “Everybody throws me down a different alley and expects me to do a certain thing. It was scary and liberating, just to be able to have a free conversation, where I was allowed to mess up, and say the wrong things.”