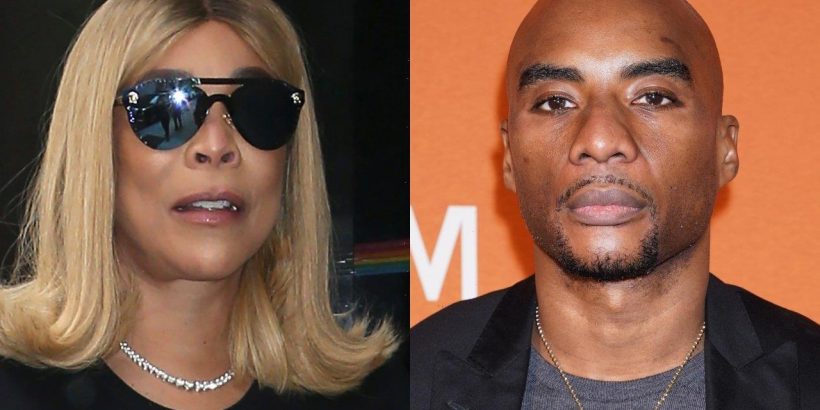 Despite their rocky relationship, the ‘Breakfast Club’ co-host reveals in a new interview that he remains hopeful that the talk show queen will make a return to TV after her show was abruptly ended earlier this year.

AceShowbiz –Charlamagne Tha God and Wendy Williams have ups and downs in their relationship as Charlamagne used to work with her on “The Wendy Williams Experience” radio show before getting fired by Wendy’s then-husband Kevin Hunter in 2008. Despite that, Charlamagne revealed that he remains hopeful that Wendy will make a return to TV after her talk show was abruptly ended.

“Can she make a comeback? I mean yeah, God willing,” Charlamagne told E! News’ “Daily Pop” hosts Loni Love and Adam Rippon on Wednesday, July 27. “Will she? I don’t know. I would hate to see her go out this way, only because she’s been so great for so long.”

“The Breakfast Club” co-host went on to call Wendy “one of the most successful media personalities of all-time.” He added, “Not just from radio, but to make the transition to television and do 13 seasons of a daytime talk show as a Black woman, that’s big.”

“I just hate the fact that she-I don’t want to say going out this way because we don’t know if it’s the end,” Charlamagne continued saying of the former “The Wendy Williams Show” host. “But I would hope that this is not the ending. I would hope that she gets healthy and gets to bounce back and bow out the way she wants to.”

Back in 2017, Charlamagne revealed in his book “Black Privilege” that he was let go by Kevin because of a “bad business deal” after serving as her second mic on “The Wendy Williams Experience” radio show for years. His fallout with Kevin also affected his relationship with Wendy, who denied having ever known him in a 2014 interview with Elvis Duran. Charlamagne, meanwhile, claimed in 2019 that he was the one to introduce Kevin to his longtime mistress Sharina Hudson, with whom Kevin shares a child together.

At one point, Wendy and Charlamagne appeared to have squashed their beef as Wendy posted a now-deleted selfie of her and her former mentee on the Instagram account of “The Wendy Williams Show” in November 2019. The two, however, seemingly went back to square one as Charlamagne shared during a December 2021 appearance on Andy Cohen‘s Sirius XM show “Radio Andy” that they had not spoken in years.

While Wendy doesn’t plan to return to TV just yet, she recently announced a new podcast show, titled “The Wendy Experience”. Prior to the launching, Wendy boasted, “It will make more money for me than doing the TV show.” It was also reported that the podcast gig will feature star-studded guests, including Snoop Dogg, Fat Joe and the Kardashians.