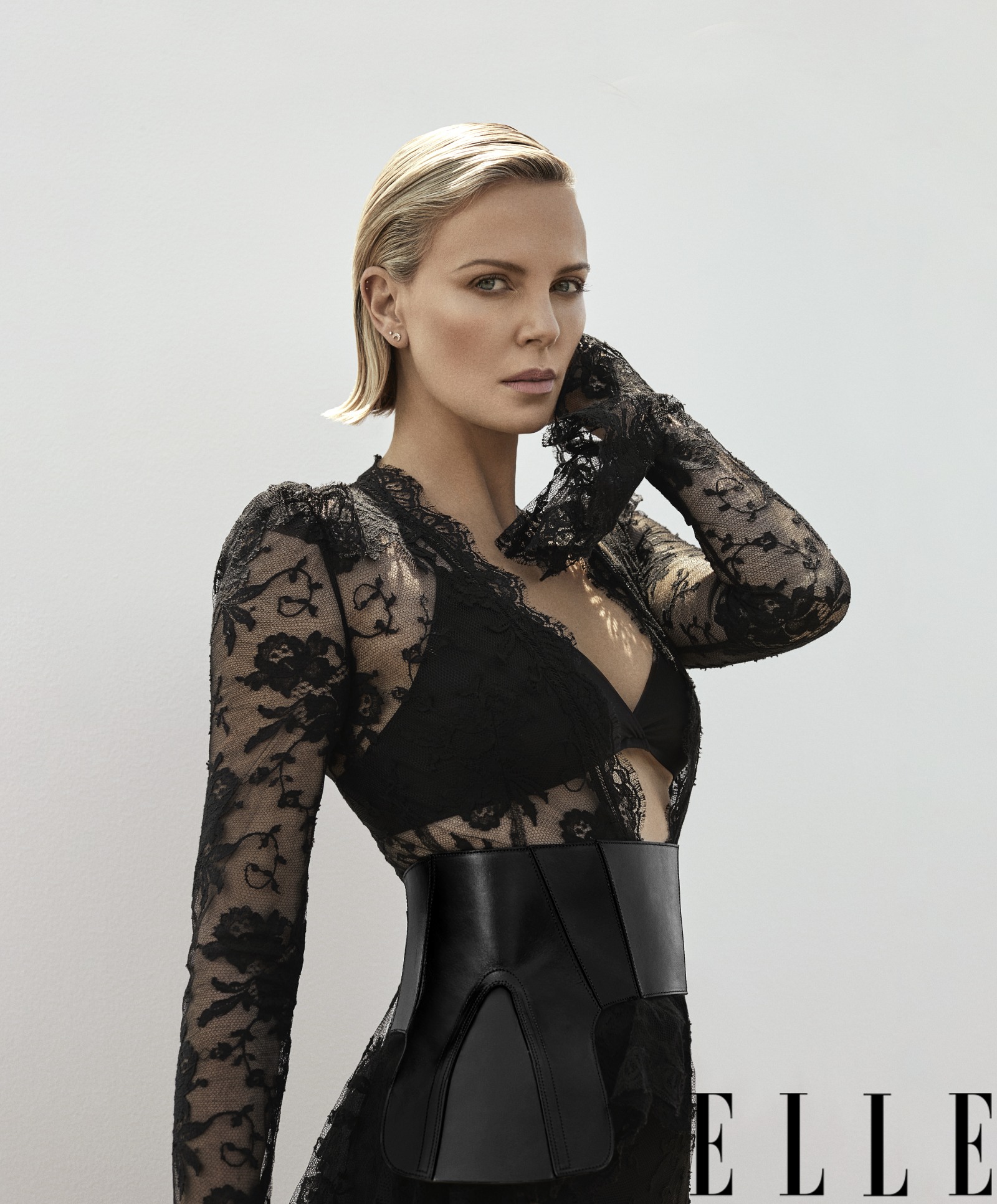 Charlize Theron is one of the cover girls for Elle Magazine’s Women In Hollywood issue. Elle did multiple covers, and I was happy to see that Charlize got one of them for her role as a producer. The first film Charlize ever got a producer credit on was Monster, which earned her an Oscar. She’s produced films like Atomic Blonde, Dark Places and Tully. She’s also gotten into producing for television too. Not enough ink has been devoted to her producing skills. She’s promoting A Private War, which she isn’t even in – she produced the film starring Rosamund Pike, based on the true story of war journalist Marie Colvin. This is Charlize’s goal: to make more films with women, and tell more stories about women. You can see her full cover package here. Some highlights:

On not being surprised by the Harvey Weinstein allegations: “When I look back and think about my experience with him, how I felt about him—we don’t wanna just go by assumption—but there were definite things. It’s made me look at trusting [my] instincts better. This is a moment for all of us to re-educate ourselves. Not just men, but women, too.”

Women’s stories: “You cannot tell the universal, diverse stories of this earth that we live on without women and their participation. You just can’t do it—it’s impossible.”

On enlisting more champions for change: “Support from both sexes is very important right now. I don’t want to undermine the support that we’ve been getting from men in this fight, because we can’t do this alone. The great thing is that we don’t have to. There are guys out there who are just as desperate for change to come. I’m inviting anybody on this boat. You wanna join this fight? You’re so welcome. Come with us.”

On Hollywood’s double standard for box-office flops: “[Women] have to work so much harder to come back from a failure. It’s not so dependent on the star when it’s a male. It’s more, ‘Well, maybe the movie didn’t work.’ With females, it’s like, ‘The movie didn’t work because of her.’ That needs to change. Financiers are more willing to finance a male star. I just wonder what beautiful storytelling we have missed out on because [people] were too scared to take a chance on a woman.”

On raising daughters: “I look at my two beautiful girls, and I have the worries that every other mother has. I want them to be safe and able to live their full potential. Whenever that feels threatened, I go a little psycho. I will kill for them. That’s gonna be used as evidence one day in court!”

As for Charlize’s reference to “my two beautiful girls”… that was honestly the first thing that caught my eye when I read through these quotes, and I debated how to even cover this subject, since it involves children who never asked for or deserved public speculation. Charlize adopted her two children, August and Jackson. Jackson was adopted first, in 2012, and August was adopted in 2015. They’re both still little kids, under the age of eight. There has been some low-key speculation on various sites and blogs about Jackson, who always seemed to prefer to wear dresses and pink everything. I think Charlize speaking about “my two beautiful girls” is just her way of confirming publicly that Jackson identifies as a girl and that she’s raising Jackson as her daughter. It’s a stealthy way to confirm what had been just a vague rumor, and it doesn’t seem like many people have even picked up on it. 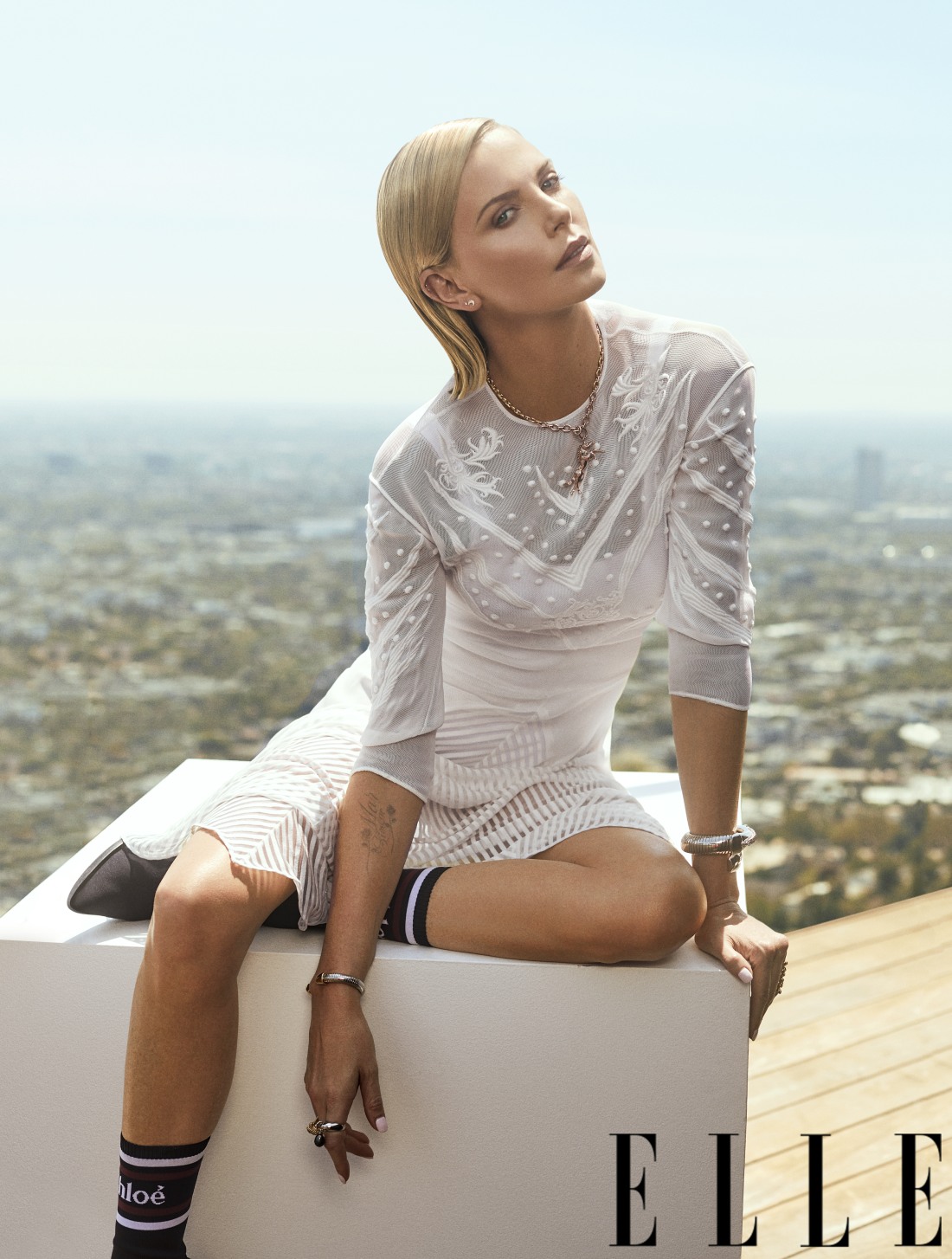