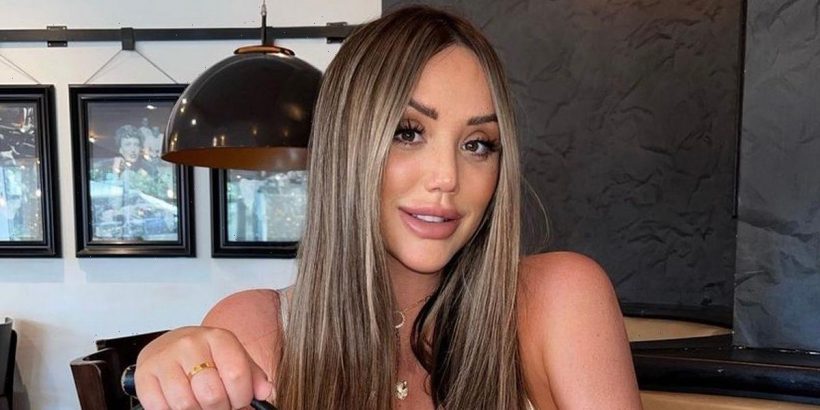 Charlotte Crosby says if she saw Vicky Pattison now there "would be no big bust-up" and instead she would simply "smile and walk past" her.

The Geordie Shore star's comments came ahead of the show's reunion series with the 32 year old stating their friendship was completely over.

Charlotte claims her and Vicky's opinions about Geordie Shore has been "dressed up as a feud" but later admitted she "can’t really be bothered with" some ex stars, naming Vicky, 34, as one.

Rumours that the friends had fallen out were first reported when Vicky left the controversial MTV show in 2014.

The pair then became embroiled in a very public spat over their rival fitness DVDs, which were launched just a year apart.

The reality stars had previously always had each other’s backs on screen but a war of words soon ensued in 2018 with both taking swipes at each other's DVDs for having "misleading" titles.

Now, speaking to The Sun, Charlotte said: “I don’t think Vicky would have wanted to come back to Geordie Shore for the reunion, and she’s made that more than public.

“We both have very different views about the journey on the show and hers was obviously a traumatic one.

“That has been dressed up as a feud, which is fine if it entertains people.”

She added: “If I saw her now, there would be no big bust-up — I’d smile and walk past.

“If she genuinely feels the show is something to be ashamed of, and that’s her experience on the show — which was unbeknownst to any of us — then so be it.

“It’s just that I had a ­completely different experience.”

Adding to her comments about the feud, Charlotte, said: “It’s a dead weird one with me and Vicky, because it isn’t like we ever fell out.

“But when she left the show, she started making comments about us.

“And it was just this never-spoken-about feud. Don’t get us wrong, I wasn’t innocent — I did kind of gloat when my fitness DVD trebled the sales of hers.”

To which she added: “Maybe quadrupled — but that’s just my ­competitive streak.”

She went on: “If you work in an office, you’re not going to stay friends with ­everyone who leaves. It’s just life.

“I don’t know if Vicky replied to the reunion ­invitation or ignored it. That’s one for the producers.”