Don’t call it a Christmas special, though. Instead, the standalone episode will focus on the Church of Night’s annual celebration of the Winter Solstice, a day when “families gather around the Yule Fire to sing pagan carols and tell ghost stories.” The press release warns, “But the holidays are also a time for guests and visitors — both welcome and unwelcome — you never know what might come down the chimney.” The next nine episodes of “Sabrina” are expected to hit the streaming service next year. 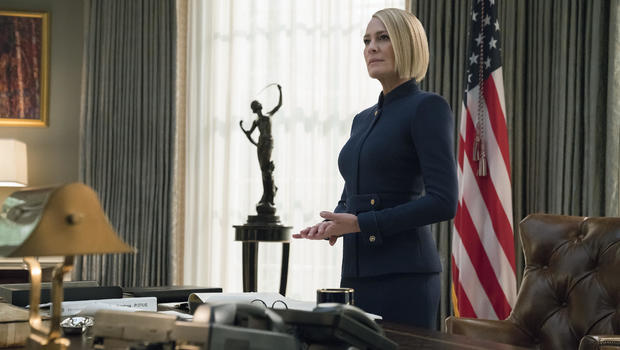 New on Netflix, Hulu and Amazon

Netflix will release the special along with a slew of other holiday content, bundled under the campaign “It’s Beginning to Look a Lot Like Netflix.” Upcoming titles include “A Christmas Prince: The Royal Wedding,” “The Great British Baking Show: Holidays,” “The Holiday Calendar,” “The Christmas Chronicles” and “Nailed It! Holiday.”

Season 4 of “Fuller House” will also hit on Dec. 13, and the first episode will be titled “Oh My Santa.”

Watch the teaser for “It’s Beginning to Look a Lot Like Netflix” below, or here.