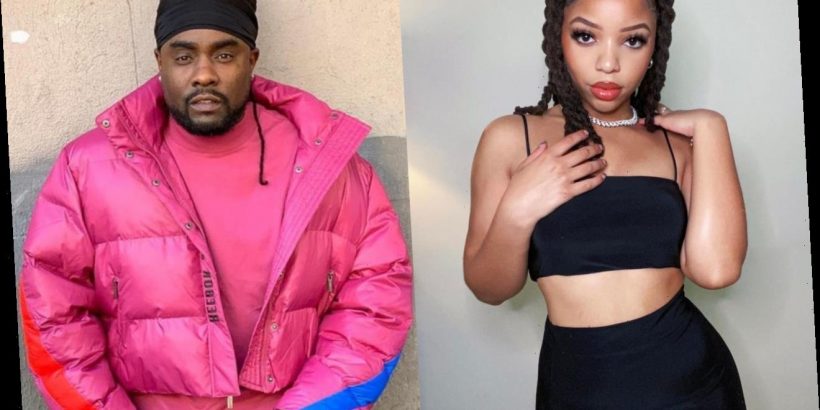 The ‘Chillin’ rapper sings praise for the Chloe x Halle member whom he describes as ‘one of the most humble people I’ve ever come across,’ while clapping back at her haters.

AceShowbiz –Wale has got Chloe Bailey‘s back after she was attacked online for her social media posts. The rapper has defended the young singer against haters who were criticizing her sexy contents after she cried over it on Instagram Live.

The 36-year-old hip-hop star apparently caught wind of the news about the 22-year-old’s tearful address as he later took to Twitter to clap back at the critics. The “Dig Dug (Shake It)” singer sang praise for the R&B star and recalled their first encounter.

“Aye I met Chloe Bailey at the locs salon .. she one of the most humble people I’ve ever come across,” so Wale tweeted on Monday, February 1, before criticizing the “folks be mad [at Chloe] for nothin man.”

Chloe got called out online after posting her “Buss It” challenge video, her silhouette challenge dance video and plenty of other photos and videos on her personal Instagram page. Social media users harshly chastised her online for being “too sexy” and “turning into a sexual object.”

On Sunday, January 31, the one-half of R&B duo Chloe x Halle, went on Instagram Live to address the backlash. “For every woman out there, don’t change who you are to make society feel comfortable. And I’m telling myself that’s not what I’m going to do, even when I posted the video yesterday, I posted it because I was saging and doing Palo Santa and I was like, ‘Let’s spread positive vibes,’ ” she said as tears streamed down her face.

Beyonce Knowles‘ mentee then talked about a particular video which earned her a lot of criticisms. “I didn’t even really notice you guys were talking about my ass because I was like, ‘OK, I’m just walking in from one seconds, two seconds…,’ ” she defended herself. “And I feel like I’ve shown my ass more than I have with that like if you look at our performance videos, the last performance we had in December. Like, I was just so excited and on stage, and just being myself, so… I don’t know.”

Refusing to conform to what people say is acceptable, Chloe added, “I just felt it was important to address it, so you guys get to kind of know who I am inside. And it’s really hard for me to think of myself as sexual being or an attractive being quite frankly. So, when I see all the uproar about my posts and stuff, I’m a bit confused. Like, I really don’t understand because I’ve never seen myself in that way.”