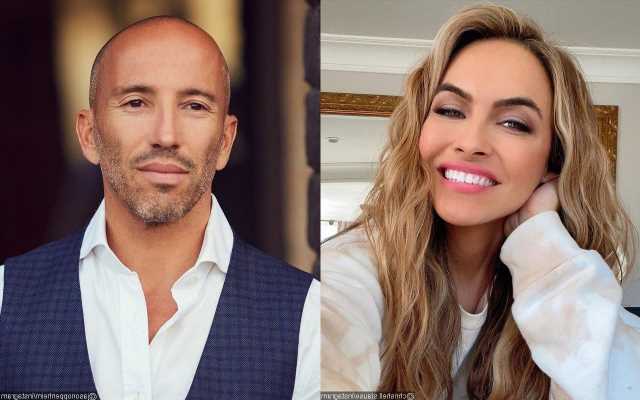 While the ‘Selling Sunset’ star faces so many obstacles throughout this year including her divorce from ex Justin Hartley, the real estate agent is able to see the ‘bright side’ of the situation.

AceShowbiz –Chrishell Stause is still coping with her split from Jason Oppenheim. According to a new source, the “Selling Sunset” star is trying to keep her head up following the recent breakup despite still being “upset.”

“She feels like life has kicked her down quite a few times these past years, and that’s been a hard feeling,” the source told PEOPLE of the 40-year-old reality TV star. “She wants marriage and a family, so the fact that the journey hasn’t gone as planned has made her feel like life hasn’t always been fair to her. It’s like a cycle of happiness, curve ball, happiness, curve ball.”

The insider called the ex-wife of Justin Hartley “a positive human by nature and always strives to see the best in people.” The source continued, “Despite the public breakups and divorce, she won’t let that stop her from living her life and going after what she wants.”

While she faced so many obstacles throughout this year including her divorce from Justin, Chrishell was able to see the “bright side” of the situation. The celebrity real estate agent allegedly realized that she will enter the new year “with a blank slate and a refreshed mindset.”

Chrishell and Jason were determined to remain on good terms following their breakup. “While Chrishell and I are no longer together, we remain best friends and we will always love and support one another,” Jason wrote on his Instagram Story. “She was the most amazing girlfriend I’ve ever had, and it was the happiest and most fulfilling relationship of my life.”

Admitting that he and Chrishell “have different wants regarding a family,” Jason claimed that will “continue to have the utmost respect for one another.” He concluded, “Chrishell is an exceptional human being and loving her and having her in my life is one of the best things that has ever happened to me.”

As for Chrishell, she wrote on Instagram addressing the split, “Jason was and is my best friend. The amount of respect and love we have for each other will not change going forward.”

She continued, “Men have the luxury of time that women don’t and that’s just the way it goes. All of that being said, navigating this public terrain is difficult and I am just trying my best…I very much hope to one day have a family and decisions I make at this point are with that goal in mind.”