The drama began when Trump, 73, tweeted that Republicans “deserve much credit” for signing the First Step Act, which aims to reform the federal prison system, into law in December. He then went after Legend, 40, and Teigen, 37, after the EGOT winner’s appearance on MSNBC’s criminal justice town hall special.

“Now that it is passed, people that had virtually nothing to do with it are taking the praise. Guys like boring musician @johnlegend, and his filthy mouthed wife, are talking now about how great it is – but I didn’t see them around when we needed help getting it passed,” the president tweeted.

Teigen somehow caught wind of Trump’s post — even though he blocked her on Twitter in July 2017 — and put her “filthy” mouth to use. “Lol what a p–sy ass bitch,” she tweeted. “Tagged everyone but me. an honor, mister president.” 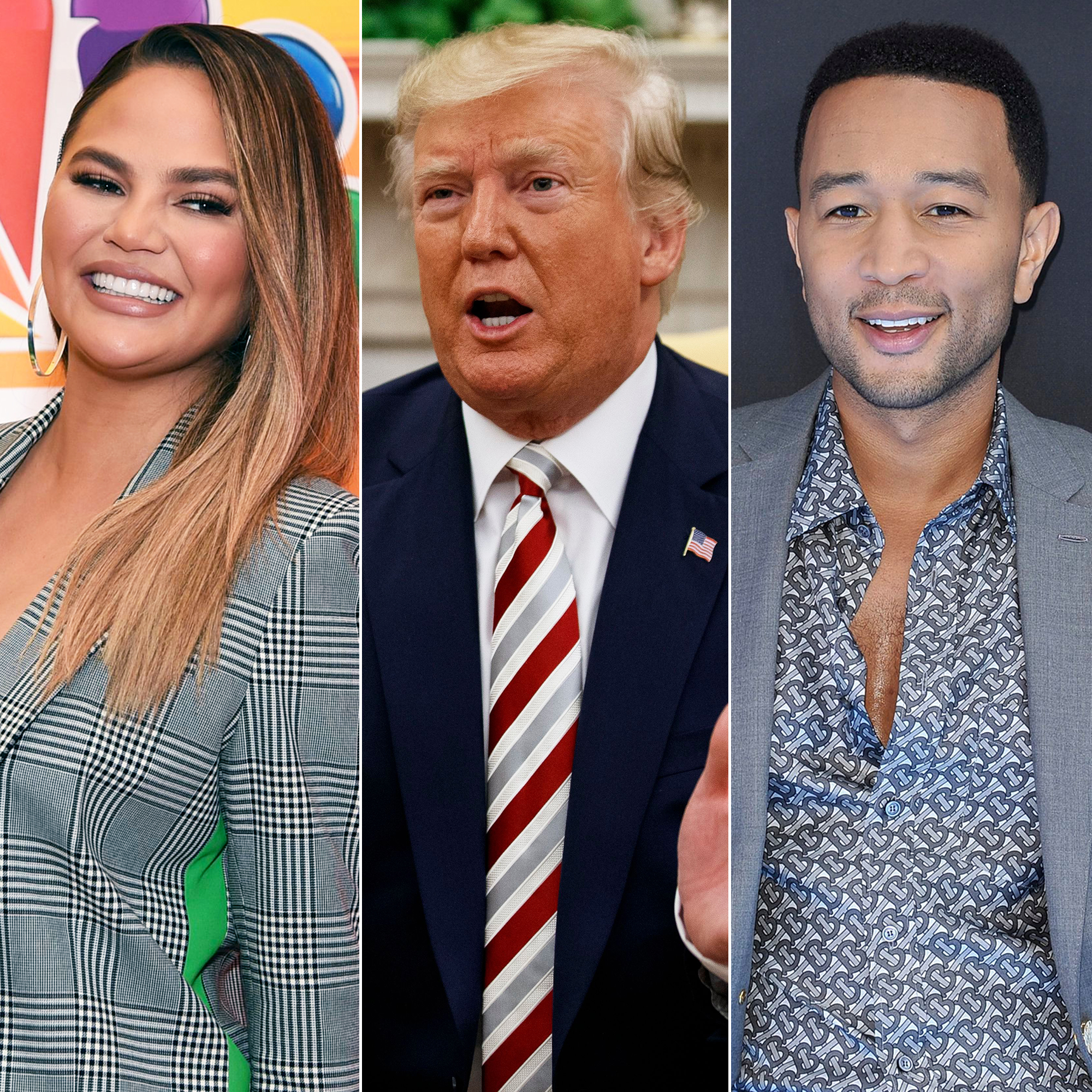 The Cravings cookbook author then uploaded a photo of herself sitting on the floor of her living room, making a personalized sign for her 3-year-old daughter Luna’s second year of preschool.

“Luna, remember the night before your first day of school?” she wrote. “When mommy was making your sign and the p–sy ass bitch president had his 9th meltdown of the day.”

She added, “The absolute best part of his tweet is I literally didn’t speak in the special, nor was I mentioned. I’m cackling at the pointless addition of me because he cannot not be a bitch.”

Legend, for his part, tweeted, “Imagine being president of a whole country and spending your Sunday night hate-watching MSNBC hoping somebody–ANYBODY–will praise you.”

The “All of Me” singer then begged first lady Melania Trump, “Please praise this man. He needs you. Your country needs you, Melania.”