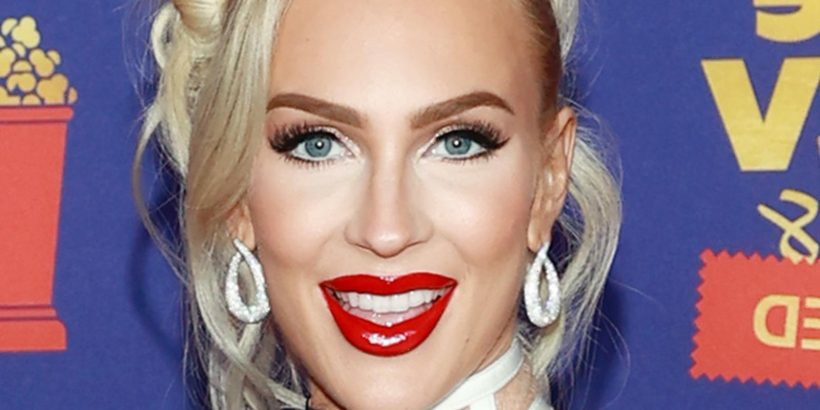 Reality star Christine Quinn has a lot to celebrate these days. Along with a fourth season of “Selling Sunset” coming out, she has also become a first-time mom.

The real-estate first announced she and her husband, Christian Richard, were expecting a child in February. “We happily can share the news that we are going to be parents!” the couple exclusively told People. “I’m a firm believer in manifesting my dreams and ’til this day, have always done so. This beautiful pregnancy was manifested. We knew that we wanted to create a family in 2021 and I envisioned myself pregnant as I did my daily meditations.”

“We are so grateful to be expecting our first child,” Christine expressed, adding, “I’m so ready for what this next chapter holds and cannot wait to be a mom!”

During a recent appearance at the MTV Movie & TV Awards in May, Christine told her Instagram followers that she was “Literally about to pop.” With that being said, she has now given birth. Keep reading to find out more.

Christine Quinn and her husband welcomed a son

On May 19, Christine Quinn announced that she and her husband, Christian Richard, had welcomed their first child. People reported that the couple welcomed a healthy boy named Christian Georges Dumontet on May 15 in Los Angeles. The outlet revealed their newborn weighed 6 lbs., 14 oz., and measured 20.5 inches long. The couple shared a snapshot of their child’s foot.

“Baby C is more precious that I could have ever imagined. Nine months seems like a lifetime to wait to meet someone,” Christine told the publication, adding, “It is the most incredible feeling to know that you have created life. My protective mama bear mentality is stronger than ever. My sole job is to protect him, to love him and to raise him.”

“Let’s just say he was born with good taste. He has a closet filled with designer outfits that I cannot wait to dress him in!” she continued.

Christine shared her water broke after a day of filming the latest season of “Selling Sunset.” “It was a giant gush of fluid, just like in the movies,” she explained. “I wrapped a towel around my waist and off we went to the hospital. Twenty-two minutes later, Baby C was born via emergency C-section.”

“Baby C was very eager to make his appearance in this world and in dramatic fashion — he got that from his mommy,” Christine added.