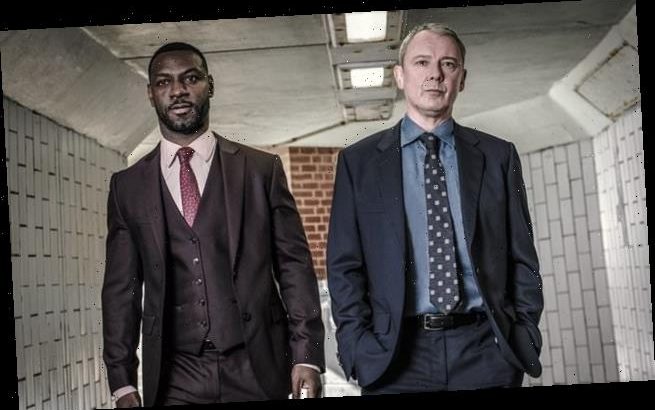 Billie: In Search Of Billie Holiday

Billie: In Search Of Billie Holiday The inexplicable thing about sceptical types – people who sneer at anything paranormal, whether it’s ghosts, dowsing or extra-sensory perception – isn’t how much solid scientific evidence they insist on ignoring.

It’s the sheer anger they exhibit, when the rest of us shrug at their denials and carry on believing. Sceptics can’t cope with a difference of opinion: they want to ram their version of the truth down your throat and bully you into swallowing it.

So a lot of sceptics may have switched off in fuming outrage at the sight of John Simm in Grace (ITV), as an open-minded detective who consults mediums to help solve crimes – and gets results. 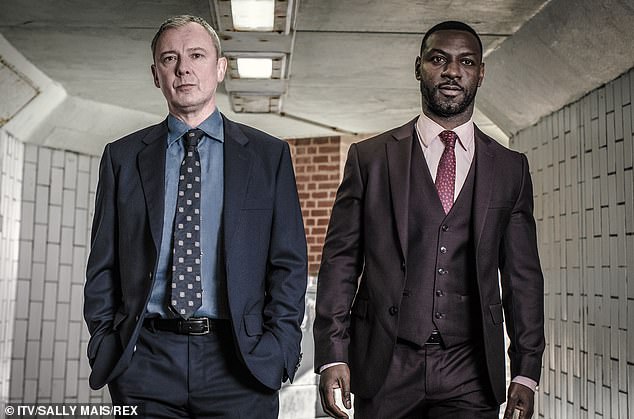 A lot of sceptics may have switched off in fuming outrage at the sight of John Simm in Grace (ITV), as an open-minded detective who consults mediums to help solve crimes – and gets results. (Pictured, John Simm as DS Roy Grace and Richie Campbell as DS Branson. ‘Grace – Dead Simple’)

Simm plays Superintendent Roy Grace, an old-school copper in Brighton who has been a broken man since the unexplained disappearance of his wife, six years ago. He was once a first-rate detective, but now Grace is usually consigned to cold cases, regarded with embarrassment and pity.

Grace is happy to take spiritualism seriously, if it can crack an unsolved murder. He points out to a contemptuous barrister that the law expects him to swear on the Holy Bible before giving evidence: ‘In a court that accepts a witness taking an oath to a supernatural being, it would be strange if I did not believe in the supernatural.’

But the scene most likely to send seething nay-sayers reaching for their remotes in disgust saw Grace visit a beardy little man called Harry (Adrian Rawlins) who was dangling a crystal on a thread.

In the conservatory of his bungalow overlooking the sea, Harry clutched a copper bracelet, given to police by the fiancée of a newly missing man. Then he held the crystal pendulum over a map. Less than a minute later, his talent for dowsing had pinpointed the location of the bracelet’s owner.

Grace’s colleague, DS Glen Branson (Richie Campbell), regarded it all as mumbo-jumbo. But Harry’s crystal had uncovered something else – the problem with the plot.

Like the medium, we knew everything before the police did. We saw where the missing man was, what his bride-to-be was doing with the best man, how the villains planned their getaway. The only tension depended on the fate of a tax-dodging property developer… not exactly a sympathetic character.

The manner of his disappearance – buried alive in a coffin during stag night japes – was realistically claustrophobic, though. When an unseen hand plucked his air tube away, I held my breath and didn’t realise it till my eyes started bulging.

That same sensation of claustrophobia pervaded Billie: In Search Of Billie Holiday (BBC2), the life story of one of jazz’s greatest vocalists.

Lady Day, as she was dubbed by one of her many lovers, the saxophonist Lester ‘Prez’ Young, was so bullied and exploited by men that she knew nothing else. ‘This was a woman who was only happy when she was unhappy,’ said her lawyer, Earle Zaidins. 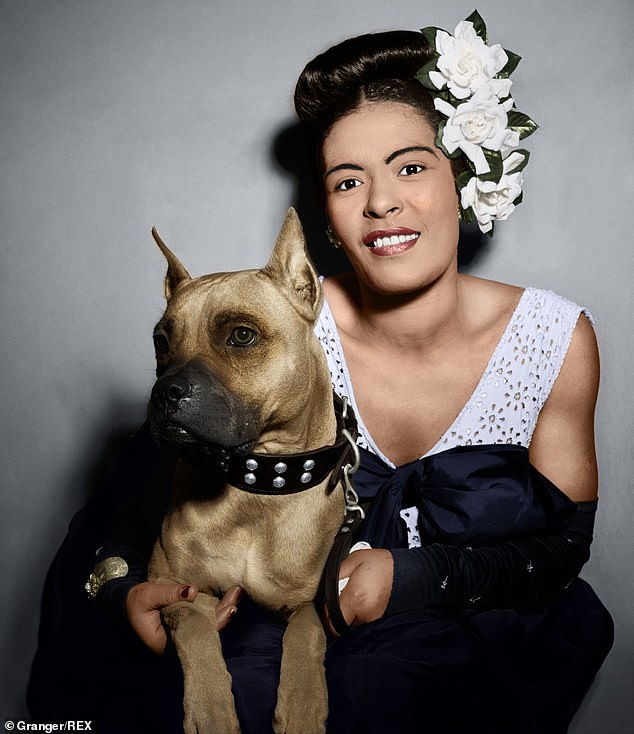 Lady Day, as she was dubbed by one of her many lovers, the saxophonist Lester ‘Prez’ Young, was so bullied and exploited by men that she knew nothing else (Pictured, Billie Holiday with her dog, Mister, in 1947)

The unrelentingly sad and painful story was told through an extraordinary trove of interviews taped in the Seventies by Billie’s biographer, Linda Lipnack Kuehl, who died (probably murdered) before she could finish her book.

The chief suspect in Lipnack Kuehl’s killing was Billie’s manager and husband, Louis McKay. He stripped the singer of almost every dollar before leaving her in 1959 to die a heroin addict in a hospital bed, aged 44.

Old and degraded, the tapes would have been better with subtitles. Some, in particular the recordings of phone interviews, were so muffled they were almost incomprehensible.

But they are an astonishing find… almost like listening in on a séance.