Now this is a delightful period piece, and you can immediately see it has been through many hands over the generations, giving it this sheen and polish.

What’s especially interesting is the maker’s mark, the initials H.S. which you may be hoping stand for Highly Saleable or even Huge Sums, but in fact simply denote the master, Hugh Scully.

This item, in fact, is remarkably low budget, but you shouldn’t underestimate its value.

It is what we in the trade refer to as an edition of Antiques Roadshow (BBC1), and this one is notable for having some really prime examples of why people have loved it for 40 years: historic memorabilia (a telegram from Adolf Hitler to General Erwin Rommel), whimsy (a brooch from Tiffany’s of a gold poodle with a cigarette holder), plus that best-loved exhibit of all — the bit of tat picked up for a quid that turns out to be worth a mint. 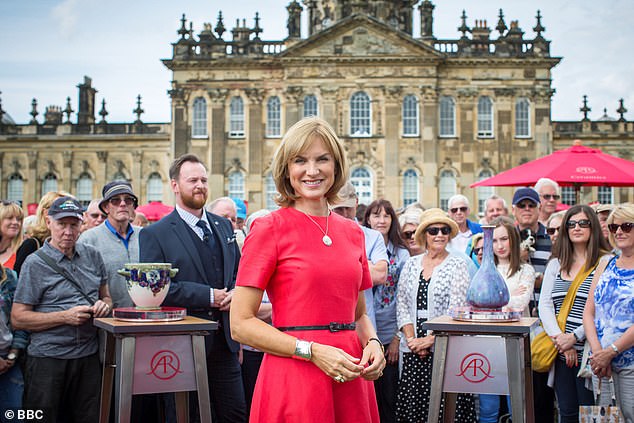 Unlike Fiona’s other art-and-income show, Fake Or Fortune, this one doesn’t require too much concentration because each valuation lasts just a couple of minutes and follows a rigid format.

Surrounded by interested and somewhat envious daytrippers, a member of the public produces a rare treasure, tells us where it came from and hands it over to the expert.

Said expert twirls his bow-tie and shows off specialist knowledge while at home we argue about how, much it’s going to be worth. I like to play a variation on this game, by predicting whether the owner will be genuinely thrilled or smiling through gritted teeth. 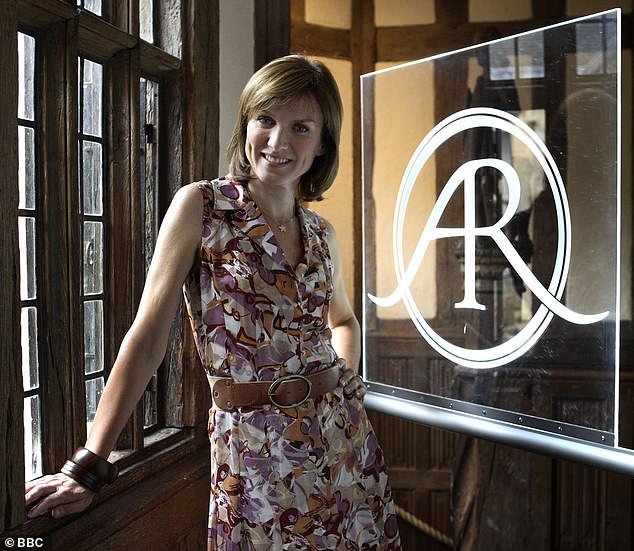 Unlike Fiona’s other art-and-income show, Fake Or Fortune, this one doesn’t require too much concentration because each valuation lasts just a couple of minutes and follows a rigid format. Pictured: host Fiona Bruce 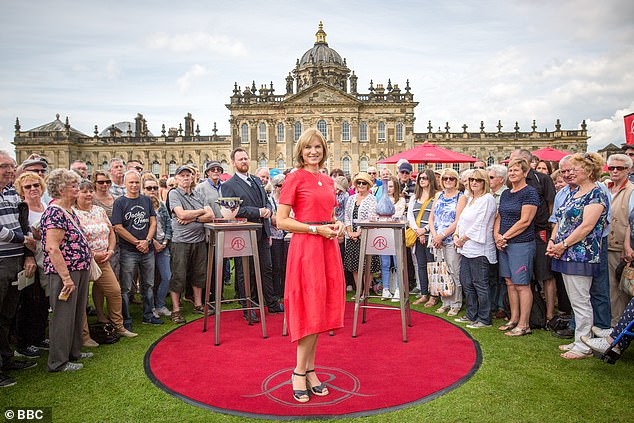 Surrounded by interested and somewhat envious daytrippers, a member of the public produces a rare treasure, tells us where it came from and hands it over to the expert. Pictured: host Fiona Bruce

On a show filmed in glorious sunshine at Battle Abbey in East Sussex, a chap whose parents ran a pub looked less than delighted to be told that his heirloom, a World War II training rifle, had been pretty much ruined when his dad screwed it onto the wall. Drilling holes in an antique is never wise.

But the lady who found a lovely bit of costume jewellery in a charity shop for £1 could hardly believe her ears when she learned the ring was 22-carat gold . . . and the pretty bits of glass were actually a diamond surrounded by rubies.

The learned Professor Bow-Tie declared it to be part of the crown jewels of an Indian mughal, circa 1790, and worth at least two grand. Hallelujah!

DOUBLE ACT OF THE WEEKEND:

We’ve come to treasure long-married couple Timothy West and Prunella Scales, over the years of their Great Canal Journeys (C4).

Prue is fragile now, but how happy she and Tim looked with their family.

The chief find on The Mystery Of Rome’s Sunken Cities (C5) wasn’t half so enviable.

Archaeologists in Pompeii managed to reconstruct the recipe for a Roman fish sauce, from dust in jars unopened for almost 2,000 years.

This sauce, called garum, was the chief export of a city called Neapolis, in modern-day Tunisia on the north coast of Africa.

Neapolis sank into the Mediterranean sea after a tsunami, a fact revealed very slowly and with much ominous background music. There wasn’t much to see of this city below the seabed.

The story of garum seemed more promising: it was made from rotted fish guts, left to liquefy and soak through layers of salt. According to the voiceover, this made ‘a tasty, protein-packed shake’. Romans loved to pour it on their couscous.

I’ve no idea why, because the show didn’t explain: if they wanted protein, why not just eat the fish?

The crucial question was, what did garum taste like? Pretty revolting, you might guess . . . but we’ll have to keep guessing, because this documentary couldn’t be bothered to make a batch and find out.