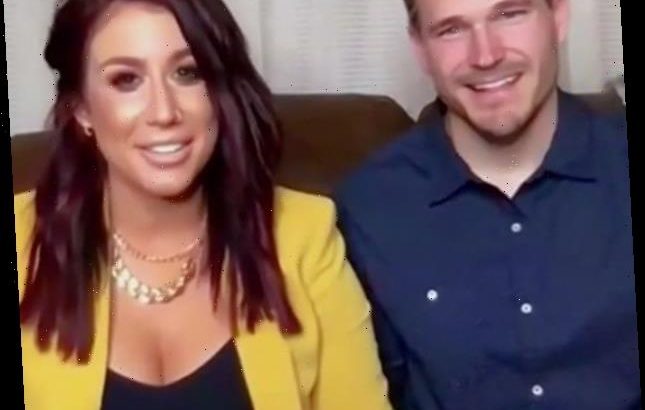 The married couple made the announcement weeks ago and then emphasized the reasons for theirr departure on this year’s pair of reunion specials.

On the way out, however, DeBoer made a point to take a parting shot at Adam Lind.

Lind, of course, is both Houska’s ex and also the father of her daugher, Aubree.

But he’s not exactly the most responsible or present parent in the world, having been on arrested on multiple occasions and barely playing any role at all in Aubree’s life.

To Cole’s credit, he’s openly pined to adopt the young lady; he’s been there for her since the beginning.

The same cannot be said about Lind.

In a scene from Tuesday night’s reunion taping, host Dr. Drew asked Cole why he grew so upset by Adam’s visit with Aubree during an earlier Teen Mom 2 episode.

“If he wants to see her, I would like her to have another way to see him rather than just in her lunchroom for 20 minutes,” Cole explained, exposing Lind as a lazy deadbeat.

“I just don’t want her to be hurt,” added DeBoer.

This season on the MTV reality show, Chelsea and Cole discussed the school lunch issue and how Lind would pop in to spend time with his child.

“The lunches, I know you don’t like. But out of everything, those aren’t affecting her because they aren’t actually talking about anything serious,” Chelsea told her husband.

“I’d rather focus on other things that are actually harming her. Like if she’s not feeling comfortable.  She seems like she’s okay with the lunches.”

Cole saw it all as phony, however.

He expects a lot more from a father.

“If you can’t go to the visitation center, why go?” Cole asked. “I think it’s hard on her. My heart is racing right now because I’m really mad.”

Again, to Cole’s credit here, he really does seem to care about Aubree’s well-being.

Houska, meanwhile, recently admitted that appearing on Teen Mom 2 was bad for her mental health.

On the second part of this reunion taping, she elaborated as follows, telling Pinsky and Nessa Diab of why she quit the series:

“I was losing sleep over this for weeks. To me, it got to the point where it didn’t feel right anymore, it didn’t feel it was good for my mental health.

“It wasn’t an easy decision. This has been my life, since I was 17. To say this was a scary decision would be an understatement.”

Chelsea is due to give birth to another daughter on February 16.

She’ll be focusing on motherhood for awhile, but we may see her again on television someday, based on what she wrote on Instagram in November.

Houska also said on the show that Aubree played a role in this decision to move on.

“It came down to Aubree. You know your kids and what’s best for them. As a family, we were all kind of feeling the same way,” she explained of their choice.

“I cherish the open relationship I have with Aubree.

“When I would see some scenes of her and I alone talking, when I tell you it made me sick, I did not like how it made me feel anymore.”

After watching a montage of herself on Teen Mom 2 over the years, Chelsea concluded her time on the program by sending a message to her 17-year-old self.

This is what she said:

“I would just say that you are good enough and it’s gonna be okay and just keep f—ing going, it’s going to be amazing.”

We wish Houska and DeBoer nothing but the best going forward.