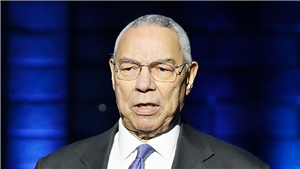 Colin Powell, the trailblazer who became the first black Secretary of State, Chairman of the Joint Chiefs of Staff and a military leader who was courted by many to run for President has died of COVID-related complications.

Powell died early Monday morning. His family wanted everyone to know he had been fully vaccinated.

Powell, the son of Jamaican immigrants, began his military career in combat duty during the Vietnam war. He was wounded twice — in one instance he was involved in a helicopter crash and rescued 2 soldiers. He received 2 Purple Hearts.

Powell served in various capacities in the military. In 1987, he became Ronald Reagan‘s National Security Advisor. 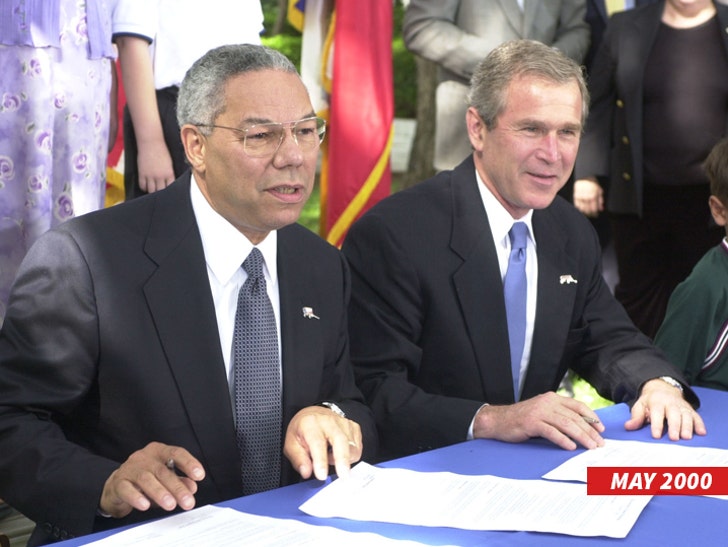 The General rose to become a national leader in 1991 during Operation Desert Storm. His fierce leadership won the admiration of the American public … his approval rate was above 70% and lots of political leaders wanted to groom him for high political office.

He became the Chairman of the Joint Chiefs of Staff and George W. Bush made him Secretary of State.

Powell retired from the military in 1993 as a 4-star general. The one blemish on his record was when he went before the UN Security Council and told the body Saddam Hussein had weapons of mass destruction. That justification led to the U.S. attacking Iraq, and after years of bloody war, no such weapons ever turned up.

Powell turned against President Bush in 2007 and spoke against the Administrations decision to declare war on Iraq. He also criticized the treatment of prisoners at Guantanamo Bay.

Powell was a Republican, but he became disenchanted with the party and ended up supporting Barack Obama in 2008. On January 10, 2021, days after the insurrection at the Capitol, he said he no longer considered himself a Republican.

Powell had been urged by many to run for President, but never took the bait. Lots of people thought he had a shot at winning, given his overwhelming popularity. His integrity was always strong and in tact, and he was respected by leaders in both parties.

Powell leaves behind his Alma Vivian Powell, along with 3 children.