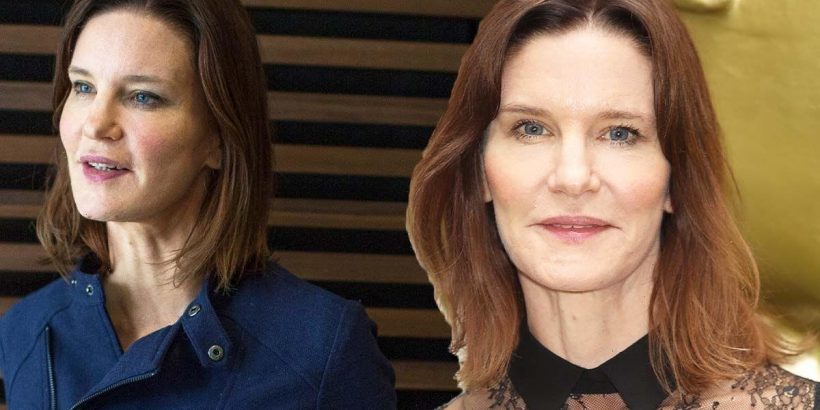 Susie Dent, 56, candidly opened up about her love life after splitting from her husband of almost two decades, primary school teacher husband Paul Atkin. The Countdown star admitted that when it comes to dating she feels “invisible” as she stressed she currently has no need to meet anyone.

She said: “I feel totally invisible. I feel like I’m out of that [dating] sphere at the moment.

“I just would not class myself as a dateable entity…

“I quite like that the pressure is off. I don’t need to prove anything.

“I don’t really feel like I need someone,” the lexicographer said in a recent interview with You magazine.

Reports emerged of Susie’s split earlier this year, as the Channel 4 star and her former husband continue to co-parent their two daughters, Lucy, 20, and Thea, 12.

Susie has kept her private life away from the limelight but last year gave fans an insight into her relationship with her children in her Day In The Life column for The Times.

She wrote: “I’m an early bird, up at 6. Morning is mum-time. Lucy, 20, and Thea, 12, and I have breakfast – oats, Brazil nuts and seeds, soaked in apple juice and yoghurt – then I walk to school with Thea.

“We have some of our best chats watching the gossamer float across the fields.

“If I’m not filming, I spend a lot of time at home, living in my head.”

Susie has, however, been open about her work life and what goes on behind the scenes at the Countdown studio.

She is well known as the resident lexicographer and adjudicator for the letters rounds on Countdown.

Susie is the longest-serving member of the show’s current team, and has made over 4,500 appearances since 1992.

The TV star recently exposed the ins and outs of her close friendship with Rachel Riley, 36, who joined the show at just 22.

Rachel took over from Carol Vorderman in 2009 and has since built a close relationship with the team.

Spilling details of their friendship, Susie branded Rachel “utterly loyal” as she revealed her co-star even lends her underwear when needed.

She said: “For me, Rachel is also the very best of friends — strong, principled and utterly loyal.

“I often think she and I are two sides of the same coin.”

She then complimented her co-star for “always [being] impeccably groomed” while she frequently finds her dresses are “inside our or back to front”.

She continued: “She lends me bras, tights — anything, in fact, that I have characteristically left at home!”, Susie concluded in an interview with the MailOnline.