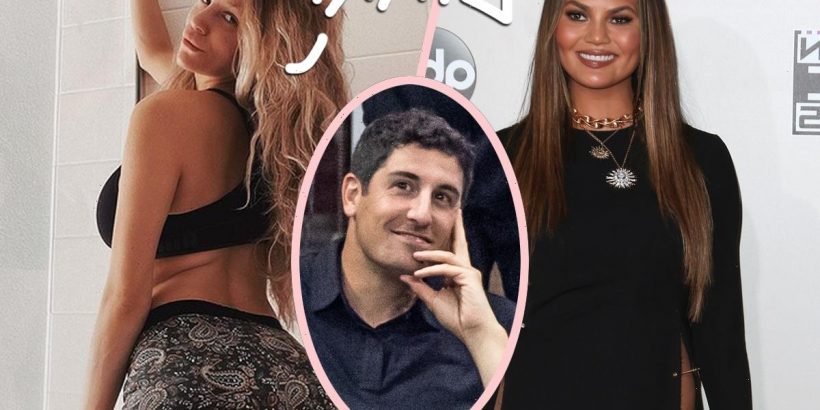 Well, this feud doesn’t look like it will end any time soon. At least, not until both sides can agree on REALITY.

Chrissy Teigen lost a lot of status as a social media queen thanks to her bullying scandal. Basically, folks finally started listening to Courtney Stodden, who had for some time been open about the fact the former Sports Illustrated model had previously been extremely cruel on Twitter. It wasn’t just jokes at the expense of others, piling on when everyone was making fun of someone. In the case of Stodden, she straight up sent messages telling the teen to kill themself!

The Lip Sync Battle host quickly apologized after getting publicly called out by the throngs on social media, saying:

“I have tried to connect with Courtney privately but since I publicly fueled all this, I want to also publicly apologize. I’m so sorry, Courtney. I hope you can heal now knowing how deeply sorry I am…”

And then moved to apologizing to fans:

“And I am so sorry I let you guys down. I will forever work on being better than I was 10 years ago, 1 year ago, 6 months ago.”

Courtney (who identifies as non-binary and now goes by they/them pronouns) has maintained that despite the public apology, Chrissy has never once, as she’d claimed, reached out personally. In fact, in private she BLOCKED Courtney on Twitter!

That was over two months ago, plenty of time for Chrissy to reach out, but Courtney said it never happened.

Then on Tuesday, Chrissy stepped out for a rare public outing and was stopped by TMZ cameras. They asked her specifically why she hadn’t reached out to Courtney. And again the Cravings cookbook author said she had tried to contact her former victim:

“I have reached out to her. I texted her.”

So OF COURSE TMZ had to ask Courtney if that was true. They caught up with the activist at a big PETA event on Capitol Hill in Washington DC on Wednesday.

“You know what? I haven’t received anything from her. I don’t know what she’s talking about. She never reached out to my team, I’ve never gotten any emails, anything. So I think… I have a message for her.”

We are all ears! They went on:

“I think that continuing to gripe about being in ‘cancel club’ or whatever that is, I think step out, take your part, maybe do something with charities. Step out. Do something anti-bullying. If she really means what she says. Get out and do something, it really helps the spirit. It does.”

Not only is Courtney once again slamming her former bully’s claims of doing the decent thing and reaching out — they’re suggesting charity, maybe even “something anti-bullying” to spend the time.

Chrissy did recently complain she hates what her life has become and wanted to get back out there. But at this point any effort to do something anti-bullying might have some real Be Best energy. Sure, Chrissy’s behavior is from a decade ago, and she isn’t that person anymore — but folks are going to have a hard time taking her remorse as sincere if she can’t even apologize to the one person at the center of the controversy.

And we think Courtney knows that.

This isn’t the first time the now-26-year-old model has subtly put Chrissy in her place. Just last week they shared an apology from American Pie star Jason Biggs, who was also a big social media personality who apparently took some easy shots at them back in the day.

“I wanted to drop you a note to say that I’m sorry for any tweet that I made that may have hurt your feelings. They were meant as jokes- but they were at your expense, and knowing how you feel, that makes them not funny at all. I am trying my best these days to live a clean and sober life, one in which I make good and healthy decisions- and that means taking accountability for the bad decisions I’ve made in the past. I wish you nothing but the best and happiness and success always.”

“This is what a personal apology looks like. Everyone makes mistakes but not everyone takes real accountability. Jason, I felt this. I wish you love and immense success to you and your family @biggsjason”

Wow, that is DEFINITELY shading Chrissy and her non-apology! Wow!

Do YOU think Chrissy is telling the truth about trying to reach out to Courtney personally? Or is she just trying to save face publicly and not actually willing to take accountability, as Courtney suggests??