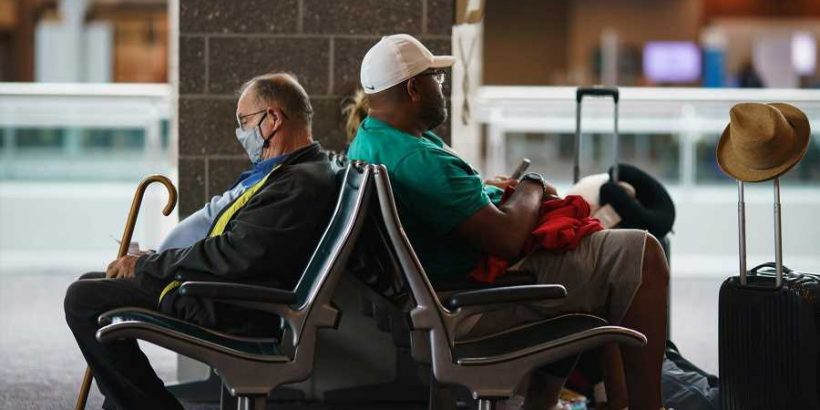 Covid is on the retreat. According to the World Health Organization, across most of the world, daily rates of new infections and deaths are dropping: Last week, per the Johns Hopkins Coronavirus Research Center, there were around 2,700 COVID deaths per day, on average. That’s the lowest average death rate since late March 2020, when the virus had just gone global and no one had immunity.

Now immunity is widespread. Two out of three people are fully vaccinated, while billions have antibodies from past infection. Our immunity has held up even as the virus continues mutating into new and more contagious variants.

After 29 months defined by a transmissible and lethal virus, the decline in cases and death is unambiguous good news. With a few major exceptions, governments all over the world have responded to the changing conditions by lifting the last few restrictions on travel, businesses and schools.

We’re getting closer to the point where many countries probably declare a sort of victory over Covid by categorizing the disease as “endemic,” but there’s a lot of risk. Experts warned there are three things in particular that, alone or together, could reverse all the progress of recent months and send COVID cases and deaths skyrocketing, potentially prolonging the pandemic into its third year — or longer.

China, Africa and mutations. Those are the three things we should worry about the most. The three things that might stand in the way of global endemicity. “We are still only one new variant away from another wave of cases, and if that new variant differs enough from the ones we have already experienced then deaths could easily increase again,” said Cindy Prins, a University of Florida epidemiologist.

China is still struggling against its first major COVID wave. And it’s unclear how much worse it might get. Chinese vaccines might not be very effective. And there’s not a lot of natural immunity in the country owing in part to the government’s strict lockdown policies, which kept cases really low until highly contagious new variants — “lineages” is the scientific term — arrived this spring.

Meanwhile, Africa is equally vulnerable. A billion Africans — 85 percent of the people on the continent — are unvaccinated. And just like in China, there haven’t been enough infections in most African countries to build up population-wide natural immunity. The continent has been lucky so far. That luck might not hold.

Finally, the virus itself could still surprise us. So far, SARS-CoV-2 has tended to mutate in ways that make it more transmissible, but less severe. None of the new lineages have managed to overcome our vaccines and antibodies. That could change.

For more than two years, China managed to hold the novel coronavirus at bay. There were tens of thousands of cases across China during the initial wave of infections in early 2020, then the country of 1.4 billion went  24 months with almost no Covid. Daily new cases dropped to almost zero except for a tiny “wavelet” of a few thousand infections this January.

Then the Omicron lineage reached China, and everything changed. Last fall, experts described the BA.1 Omicron sublineage as the most transmissible respiratory virus they’d ever seen. The BA.2 sublineage that emerged this spring has been even worse. Some estimates have BA.2 spreading nearly twice as fast as BA.1. There’s also a very rare “recombinant” form of Omicron called “XE,” which combines the qualities of BA.1 and BA.2 and might be more transmissible than even BA.2.

Part of the problem, according to John Swartzberg, a professor emeritus of infectious diseases and vaccinology at the University of California-Berkeley’s School of Public Health, is that while more than three-quarters of Chinese are vaccinated, the only vaccines the government has authorized are locally-developed jabs that don’t have a lot of solid data behind them. In short, they might not be as effective as the leading messenger-RNA vaccines developed in the United States and Europe. “Sinovac and Sinopharm, the two vaccines they use, are not very effective,” Swartzberg says, describing the country as “undervaccinated..

Omicron rolled across Hong Kong first, then neighboring Shenzen a few weeks later. After that, the viral wave spread north to Shanghai, prompting the government to impose one of its tightest lockdowns yet. So tight that it inspired angry public protests — rare events in increasingly authoritarian mainland China.

Last week, Chinese officials registered an average of around 30,000 new cases a day, on average. In Hong Kong alone, nearly 10,000 people have died since mid-February. (To be fair to China, that’s a lot fewer deaths than countries with fewer restrictions experienced during their own worst Covid waves.)

What’s so worrying in China is the trend: More cases over the last few weeks, even as cases drop almost everywhere else in the world. If China’s Covid wave keeps building, it could flatten, or reverse, the overall direction of the pandemic.

A wave of infections across Africa could do the same. With the exception of highly-urbanized South Africa, as well as some of the richer North African countries, Africa seems to have mostly dodged the novel-coronavirus.

This might not be quite accurate, though: some experts believe African countries have suffered as many Covid cases and deaths per capita as countries on other continents, but cash-strapped African health agencies simply haven’t been able to count all the deaths.

Others point out that the African population on average is much younger than the populations on any other continent. Younger people with their stronger immune systems usually have better outcomes after catching Covid. They get less sick, for less time and have a much lower chance of dying.

But the continent’s good fortune means that Covid vaccines are a fairly low priority. Just one out of six Africans is vaccinated — the lowest rate for any continent. Of course, the low vax rate also reflects many African countries’ relative poverty and poor access to pricey pharmaceuticals, as well as the faltering effort by richer countries to pool resources and buy vaccines for poorer countries.

In any event, Africa could be as vulnerable as China if some new lineage proves more dangerous for younger people. There are already some worrying signs that Omicron has been mutating in ways that make kids sicker.

It wouldn’t be shocking if Africa is the virus’s next major target. “We are seeing how being ‘spared’ can backfire with the right, or wrong, variant,” says Ngozi Erondu, a senior research fellow at the Chatham House Center for Global Health Security in the United Kingdom. “Africa is a sitting duck if vaccines are not made available and vaccination rates are not increased.”

Covid-19 isn’t going away, and it will keep evolving. On that point, experts are unanimous. “Mutants will evolve over time,” says Edwin Michael, an epidemiologist at the Center for Global Health Infectious Disease Research at the University of South Florida.

However, experts disagree on how the virus is likely to evolve. Some say it’s tending to get less lethal even if it becomes more contagious. “Based on the natural history of all human viruses, there is no human virus which has ever mutated to a more virulent variant,” says Paul Tambyah, president of the Asia Pacific Society of Clinical Microbiology and Infection in Singapore.

Others warn that’s not a safe assumption. It’s also not safe to assume our existing antibodies and vaccines will keep working. So far, no lineages are capable of significant immune escape. But that could change. There’s always a chance of some “completely new, immune-evasive variant,” says Eric Bortz, a University of Alaska-Anchorage virologist and public-health expert.

The nightmare scenario is that the next major lineage combines all the worst possible qualities — more transmissible, more deadly and capable of evading our existing immunity — while also surging in the two most vulnerable places on Earth: China and Africa.

Of course, it’s also possible that the current overall trend holds. Covid declines as more of us get jabbed — or get sick and recover. Most of the world starts treating the disease as endemic. That’s probably fine as long as it’s reversible. “An ‘endemic’ approach isn’t bad public health if it’s flexible enough to reimpose measures when necessary,” Bortz says.

In places like the U.S., where Covid-containment measures have become politicized, that could leave vaccines as the best defense. Luckily, some of the best vaccines — the mRNA jabs from Pfizer and Moderna — are also the most flexible. It doesn’t take much to swap in new RNA to update an mRNA vaccine for a major new lineage.

But you’d still have to re-vaccinate billions of people. And millions might die in the meantime. That’s what keeps experts awake at night, and makes them wary of the term “endemic.”

“Endemic is a term that suggests a period of stable, generally low incidence of an infectious disease,” says Lawrence Gostin, a Georgetown University global-health expert. “I don’t think we are there yet because there will continue to be spikes in cases, hospitalizations and deaths as new variants emerge. I think it is too early to declare victory and the pandemic is over.”