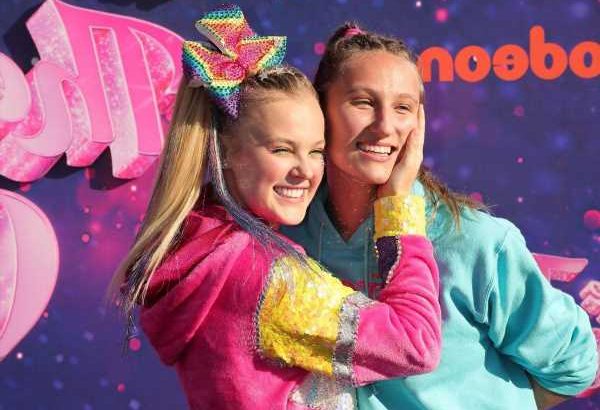 JoJo Siwa and Kylie Prew’s relationship has ended, but the former Dance Moms star says Prew remains part of her life. Siwa, who is competing on Dancing with the Stars Season 30, recently opened up to Paris Hilton about her recent breakup and her feelings toward Prew today.

After being friends for multiple years, Siwa and Prew’s relationship officially began on Jan. 8, 2021. In February 2021, Siwa spoke publicly of her relationship with Prew on The Tonight Show with Jimmy Fallon.

In April 2021, Siwa scared many fans when she posted a tearful photo to her Instagram Stories with the caption: “I. Don’t. Like. Saying. Goodbye.” She quickly clarified that she and Prew were in a long-distance relationship. “It happens every time we say goodbye and I wish we didn’t have to ever, but we do and it just makes when we get to say hi to each other even more special.”

Prew and Siwa remained a couple throughout the middle of 2021, celebrating relationship milestones and Pride Month on social media. In August 2021, the couple was on Siwa’s mom’s podcast, Success with Jess, where they talked about the origins of their relationship.

But in October 2021, after nearly nine months together, a source told Us Weekly Siwa and Prew were no longer in a relationship. “Kylie stopped attending [Dancing with the Stars] so she hasn’t been seen in the audience since they split,” the source said. “JoJo is focusing on the competition and giving her all. While it’s a rough time for her, she’s handling DWTS very professionally and still putting on a smile and giving 100 percent. She doesn’t want to let down her fans.”

During her conversation with Hilton, Siwa publicly confirmed her breakup with Prew. Still, the Dancing with the Stars celeb holds no ill will toward her ex.

“She’s literally still my best friend,” Siwa tells Hilton on the This is Paris podcast. “I’m really lucky that I didn’t lose her completely.”

“Relationships end, but friendships don’t have to end,” she adds, citing all of the good things in her friendship with Prew. “Nothing bad happened, it just is the definition of a cheesy saying of ‘right person wrong time’… but everything’s good. I’m good.”

“We’re both so young,” Siwa added. Prew is 17-years old, while Siwa is 18-years-old. Despite the challenges they faced in their long-distance relationship, Siwa is grateful to still consider Prew a friend.

Earlier this year, Siwa came out as a member of the LGBTQ community. Now, she’s making history performing in season 30 of Dancing with the Stars with her female partner, Jenna Johnson Chmerkovskiy.

See more from Siwa as she dances her way closer to the Mirrorball Trophy. Watch Dancing with the Stars Monday nights at 8PM EST on ABC.