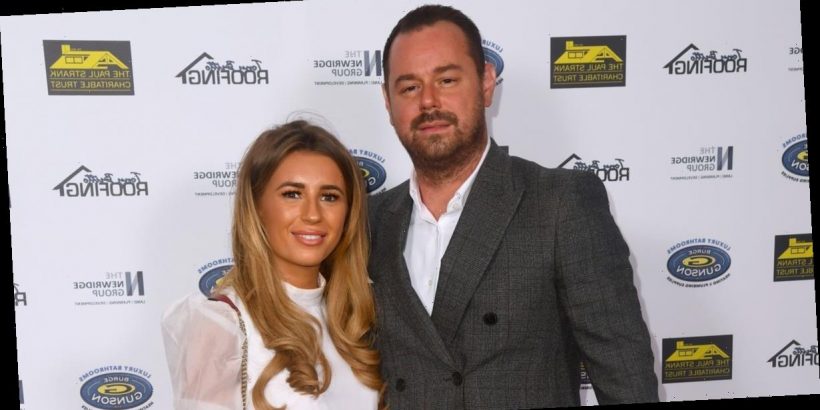 Pregnant Love Island star Dani Dyer's dad Danny has told her to try smothering herself in curry as her due date looms.

Dani, 24, is weeks away from giving birth to her first child with boyfriend Sammy Kimmence.

The reality TV star is due to drop before the end of January and wouldn't mind if the little one came a little earlier.

She is understandably anxious – especially with the pandemic still raging.

So her dad, Danny Dyer, has given her a few tips to try and encourage the baby to show up sooner than expected. "I'm drinking my raspberry leaf tea, I've been bouncing on my ball."

EastEnders star Danny replied: "You had a ruby the other night didn't ya!"

"Yeah I did, I didn't really want the hot curry!" Dani said. "I've been putting Tabasco on everything! I am trying, but apparently that's all a myth!"

Danny quizzed: "What is?" "All the hot curries and what you're meant to do, but I'm not going to go into that!" she answered.

"You're meant to have a roll about! And a curry," he stressed. "Or sort of smother yourself in the curry."

But Dani won't be taking his tips home with her and cringed at her dad's suggestion of sex to help her baby along.

"A curry upsets my stomach anyway so imagine that!" she said, dismissing the idea. Last week on the show, dad Danny had a confession to make.

He told fans his real name – blaming its misspelling on his dad.

It appears Danny is not short for "Daniel" – and he explains that thanks to a mix-up on his birth certificate, his father had actually called him something different.

He said: "I did change my name – my name's Danial.

"My old dad, and I love him very much, he's old school. I was born in the 70s. Men didn't really get involved in much.

"Back in the day my mum would go: 'I'm going into labour' and he'd be up the boozer. "He'd go, 'All right. What time are you going to be home?' She went into labour and gave birth."

Danny added: "Anyway he got up there, obviously off his nut and got to do the important thing which is the birth certificate, which I think you have to sign.