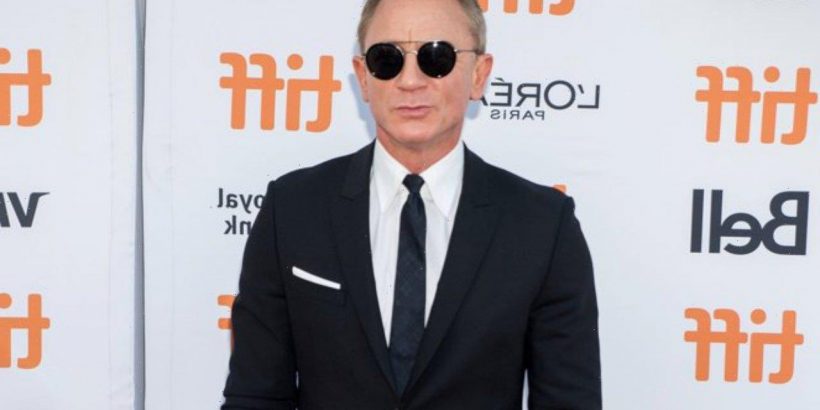 As soon as he realizes that his forehead bleeds after finishing his interview with Javier Bardem, the ‘No Time to Die’ actor jokes that ‘he got a sandwich’ on his head.

AceShowbiz –Daniel Craig seems to be so used to getting hurt in James Bond films that he failed to notice he was bleeding from his head during a recent interview. Shortly after he was aware of his condition, the “No Time to Die” star laughed at himself.

The 53-year-old spent an entire Variety’s “Actors on Actors” interview with his “Skyfall” co-star Javier Bardem completely unaware that he was bleeding. Near the end of the interview, published on Monday, January 24, Javier asked the James Bond depicter about his bleeding forehead.

“Let me ask you, my friend, this last question. What happened to you here?” the “Being the Ricardos” actor asked Daniel, pointing to the spot on his head. Daniel, who was unaware of the wound the whole time, responded, “Where? Did I bash my head?” as he tried to find something on his forehead. As soon as he realized that he was bleeding the entire time, he burst into laughter and joked, “Have I just got a sandwich on my head? Have I done this whole interview… it’s probably a part of a sandwich!”

The pair continued laughing as Daniel got up to look in a mirror. When he returned, the “Spectre” star said with a smile, “You know what it was? Christ. So, they’ve sent me this wonderful ring flash, which I’ve set up with an iPad in the middle of it. And I went like this like that and it just fell on my head just before we started!”

Daniel quipped, “No wonder I get f**king injured every time I do a movie!” The husband of Rachel Weisz then told Javier, “Thank you for pointing out,” adding, “No, literally, I just was setting this up and it went donk and I’m like, ‘Ow! Jesus!’ I’m not bleeding to death. It’s just a whatever. If I don’t get injured while filming I’m not doing it properly.”

Elsewhere in the interview, Javier praised Daniel’s performance in “No Time to Die”, which marks his last movie as 007. “In ‘No Time to Die’, you made the impossible,” gushed the “Loving Pablo” actor. “When I watched it, I saw every aspect of the human being, framed in the profile of James Bond.”

“The comedy, the drama, the pain, the suffering, the joy, the love, I don’t know how you did that. Because the character is who he is,” Javier added. The 52-year-old Spanish actor went on saying, “He has to represent himself constantly in front of everyone to make sure that they know who they’re dealing with. But within that, there’s this human being.” In response, Daniel said, “Gosh. Well, thank you. We’ll end it there. I’ve got nothing else to say.”