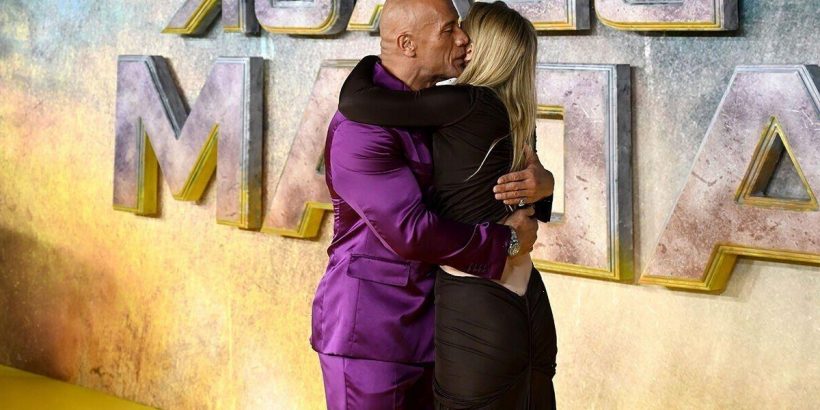 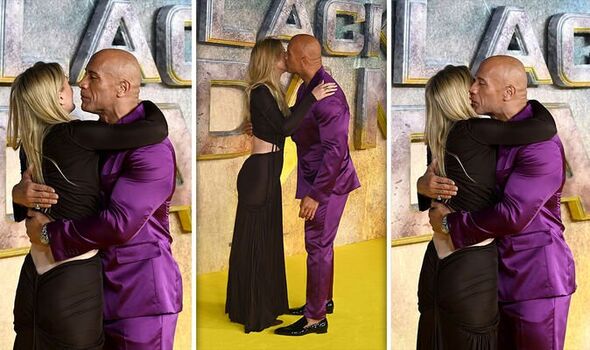 Ella Loudon, 30, who is the daughter of James Bond star Daniel Craig, 54, attended the UK premiere of the DC film Black Adam yesterday. Ella was embraced by Dwayne Johnson, 50, who often goes by his former wrestling name “The Rock”, as she made her way along the red carpet.

The actress and daughter of the former 007 star looked sensational as she showed off her toned physique in a black maxi dress with long sleeves and cut-outs at her waist.

The elegant star wore her blonde locks down in natural waves and accessorised with some simple hoop earrings.

Meanwhile, the Rock turned heads by dressing his muscular frame in a daring purple satin tuxedo, which he wore with no shirt.

Daniel shares his eldest child Ella with ex-wife Fiona Loudon, who he was married to from 1992 to 1994.

Ella Loudon, 30, and Dwayne Johnson, 50, embraced on the red carpet

The former wrestler wrapped Ella in a big hug as the pair greeted each other at the Black Adam premiere.

The Jumanji star gave the daughter of former 007 actor Daniel Craig a warm reception ahead of the screening.

The garment featured long sleeves, a V-neck and cut-outs at the waistline to show off her toned figure.

The actress accessorised with small hoop earrings and added some inches to her height with a pair of burgundy heels.

Dwayne ‘The Rock’ Johnson demanded attention in his eye-catching ensemble

The Hollywood star wore a purple satin tuxedo with no shirt underneath and a pair of black loafers.

Black Adam sees the actor portray a 5000-year-old Egyptian, who was imprisoned for millennia for corrupt acts after receiving super powers from the gods.