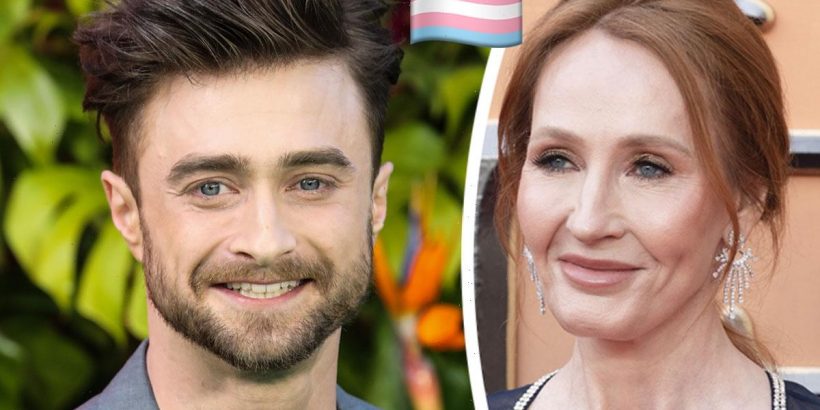 Daniel Radcliffe is opening up about his reason for speaking out against J.K. Rowling’s transphobic comments.

As you’ve surely heard, the Harry Potter scribe caused a social media stir back in 2020 after mocking the trans community, writing on Twitter at the time about the phrase “people who menstruate”:

“‘People who menstruate.’ I’m sure there used to be a word for those people. Someone help me out. Wumben? Wimpund? Woomud?”

She then doubled down in a thread, digging herself into an even deeper hole, writing:

“Erasing the concept of sex removes the ability of many to meaningfully discuss their lives. It isn’t hate to speak the truth.”

See the full thread (below):

Just a few days after her transphobic rant, Radcliffe wrote a beautiful open letter, attempting to rebuild some of the validation Rowling tried to strip away, expressing:

“Transgender women are women. Any statement to the contrary erases the identity and dignity of transgender people and goes against all advice given by professional health care associations who have far more expertise on this subject matter than either Jo or I. It’s clear that we need to do more to support transgender and non-binary people, not invalidate their identities, and not cause further harm. To all the people who now feel that their experience of the Harry Potter books has been tarnished or diminished, I am deeply sorry for the pain these comments have caused you. I really hope that you don’t entirely lose what was valuable in these stories to you.”

It was a thoughtful but clear rebuke of the author whose work had begun his career.

Now, two years later, the actor is revealing why it was so important for him to speak out right away. In a Tuesday interview with IndieWire while promoting his new film, Weird: The Al Yankovic Story, the 33-year-old explained:

“The reason I felt very, very much as though I needed to say something when I did was because, particularly since finishing Potter, I’ve met so many queer and trans kids and young people who had a huge amount of identification with Potter on that. And so seeing them hurt on that day I was like, I wanted them to know that not everybody in the franchise felt that way. And that was really important.”

His 2020 open letter was of course published on the Trevor Project website — a nonprofit that focuses on suicide prevention efforts for those in the LGBTQIA+ community. He explained:

“It was really important as I’ve worked with the Trevor Project for more than 10 years, and so I don’t think I would’ve been able to look myself in the mirror had I not said anything. But it’s not mine to guess what’s going on in someone else’s head.”

Many other Potter actors have also spoken out in support of the trans community, most recently with Tom Felton, who played Draco Malfoy, telling The Independent last month:

“I’m pro-choice, pro-discussion, pro-human rights across the board and pro-love. And anything that is not those things, I don’t really have much time for.”

Inclusive kings! What do YOU think about Radcliffe’s reasoning behind speaking up for the trans community? Let us know in the comments down below!