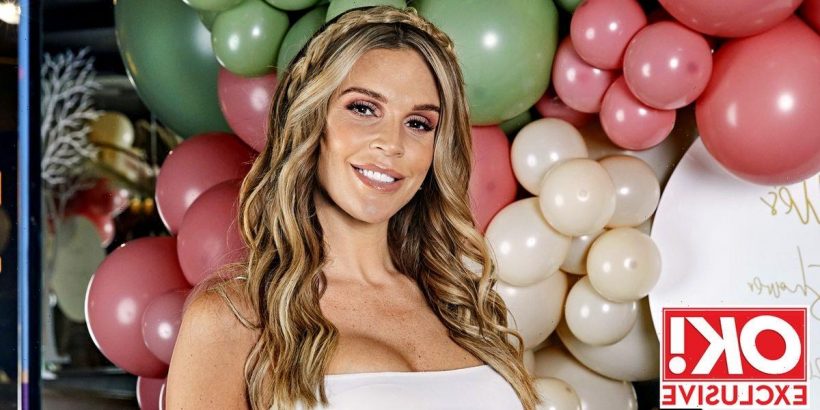 Danielle Lloyd recently admitted in her OK! column she was "gutted" Stacey Solomon chose the name Rose for her baby girl as it was one of Danielle and her husband Michael's "favourites."

And in our exclusive interview and shoot at the expectant mum's baby shower, she has now revealed Rose could still feature in their long-awaited baby girl's name.

"Michael wants Rose involved in the name somewhere, but we don’t know," she told us.

"We’ve got a shortlist of names and we’ll decide once we see her.

"When I looked at Ronnie, I just knew he was a Ronnie."

She has made no secret of her dreams to have a girl, after four boys, and even considered gender selection to make sure she got her wish.

But in a twist of fate, just as she was planning her trip to Dubai for the procedure she fell pregnant naturally with a baby girl.

And after much deliberation of names Danielle recently admitted to OK! Rose was at the top of her and her husband's list.

"Sadly, Stacey Solomon chose Rose, which was one of our favourites!" she said. "We're gutted, haha!"

Danielle is 36 weeks pregnant and tells us that her baby girl, which is due later this month, will be her final baby.

"It’s going to be emotional once that baby stage is gone as I’ll be like, 'There’s no more!',"she revealed.

And to mark her final pregnancy, Danielle celebrated with her pals in a gorgeous baby shower in Birmingham, exclusively covered by OK!.

"It was the most amazing day," she told us.

"We held it at a restaurant and club called Nuvo in Birmingham on Sunday afternoon.

"I had such a lovely time – it’s been mad not being able to see people through Covid, so it was lovely to catch up with everyone. Seeing all my friends was so special. My feet were killing, but it was well worth it!"

To read more about Danielle Lloyd and her family, sign up to our daily OK! newsletter.