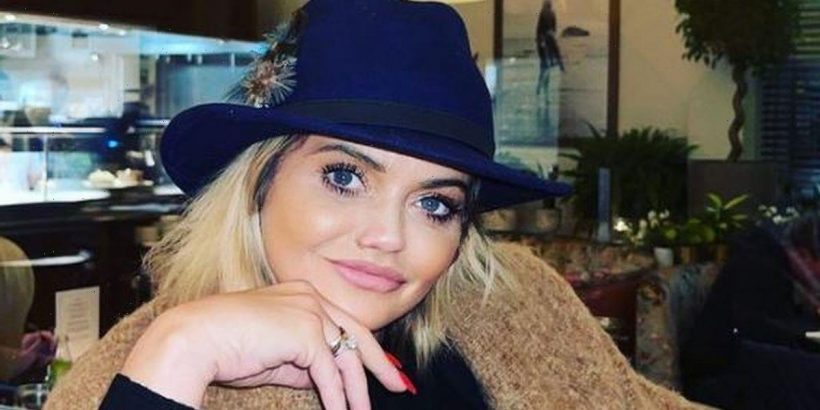 Former EastEnders star Danniella Westbrook has taken to Instagram to share with her 77,000 followers a raunchy new snap of herself that leaves little to the imagination.

The sexy black and white shot shows Danniella, 48, laying on the floor wearing only her underwear. Her black and white lace bra and matching knickers can be seen in the selfie.

The mum of two has one hand in her hair and has her eyes closed in the raunchy snap.

She wrote on the image: “What to do tonight then huh” followed by a face palm emoji.

Love Tonight by Shouse is playing over the top of the image as the star poses for fans.

The sexy post comes just days after she revealed she's booked in for another operation in the new year to help heal her nose infection.

The plans for more surgery come after she was rushed into hospital for a sinus infection that left her needing urgent surgery recently.

Despite receiving amazing care from the NHS doctors and surgeons last month, the actress has informed her fans she still needs another – hopefully final – surgery.

Opening up to her followers on Instagram, she explained she will be going under the knife once more in the new year.

The former soap actress appeared to have made a full recovery from her previous surgery as she enjoyed a night out last month to celebrate turning 48.

She looked sensational in a black beanie hat as she rested her primped and preened face and manicured hand on the shoulder of her friend Ryan Mira.

"Swollen but out of the hospital… happy birthday to me #birthdaygirl," Danniella, who recently had fresh fillers and Botox, captioned the image alongside a red heart emoji.

In another image, Danniella wore a luxurious brown scarf atop her black ensemble and completed the look with a stylish black fedora hat.

"Huge thanks to @rbgliverpool for my birthday treat with @rymi1 #birthday," Daniella said of her night.

Earlier this year saw Danniella seek help after relapsing in her battle against drug and alcohol addiction.

She bravely opened up about her struggles in a candid Instagram post, which saw her vow to quit champagne and cocaine.

She wrote: “Ok so here goes …. HONESTY POST Ok so it’s no secret since leaving rehab I’ve slipped and slides more than I have been straight I guess.

“But today I’ve joined a new gym restarted my herbal life and going back to the rooms tonight.

"I’m done with the drinking, the occasional packet and night out. I’m totally over it."

To get all the latest news on Danniella Westbrook, sign up for OK!'s daily newsletter here.