Netflix’s latest series Dash & Lily centers around a special notebook that helps two teens connect — both with each other and with their family and friends — throughout the magical holiday season. But Dash & Lily star Dante Brown doesn’t need any help from a notebook to make connections in real life. The 21-year-old actor may be new to Netflix, but he already has a ton of impressive projects — and co-stars — on his list of acting career milestones.

In Dash & Lily, which is based on the 2010 YA book Dash & Lily’s Book of Dares by David Levithan and Rachel Cohn, Brown plays Dash’s best friend, Boomer. With the show’s premiere on Nov. 10, Brown tells Elite Daily he’s excited for audiences to get to know his upbeat, lovable character. "I had to activate energy that I didn’t know that I had hidden in me," Brown says.

Brown is used to putting in the work for his acting gigs. After a few TV roles in the 2010s, Brown got his big mainstream break in a high-profile episode of Law & Order: SVU, "Transgender Bridge." After that, he starred in Fox’s Lethal Weapon TV series from 2016 to 2019, as well as the 2019 blockbuster horror film Ma alongside Octavia Spencer. Below, Brown shares photos of his favorite memories from his acting career (so far!), along with the backstory of each of them.

This interview has been edited and condensed for clarity. 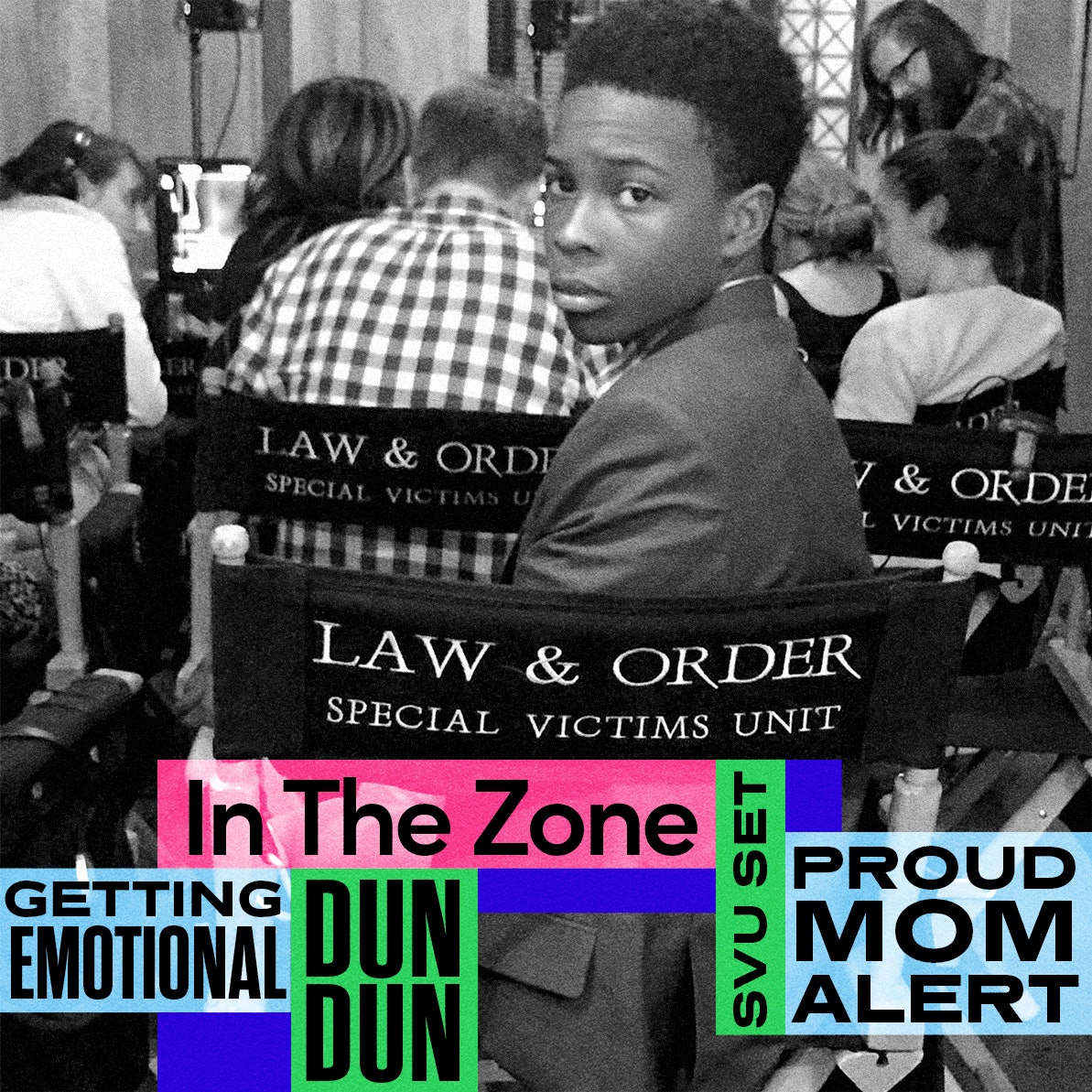 Elite Daily: You’re obviously on the Law & Order: SVU set here. What else is going on?

Dante Brown: It was a long day of really being emotional. I think that was [when] I had to go in and do the court scene, and I had to cry. So, in front of me, I have my script, and my cocoa in my lap, ’cause I think it was cold that day. But I’m trying to get in the mode, and my mom was like, "Turn around," and she snapped the photo. So you know, your mom is happy about the moment and everything, but I’m in this serious, sad space. It’s super hilarious to me whenever I look back at it because I really wanted to do method acting to get deep into that role.

ED: Is your mom usually on set with you?

DB: With Law & Order, yeah. For Dash & Lily, she wasn’t there. That was the first time that I was completely by myself.

ED: What was it like to be a part of a show with such a huge legacy like SVU? What was going through your head?

DB: No, actually I was on Instagram way before that. There are so many pictures that are archived and deleted. My [original] first picture on Instagram is a picture of me and my three friends in middle school in the back of class with our hands over our faces, and then it’s like, me planking — things you would see on 2011 or 2012 Instagram. [Now,] you have your Finsta, where you post all your private stuff. 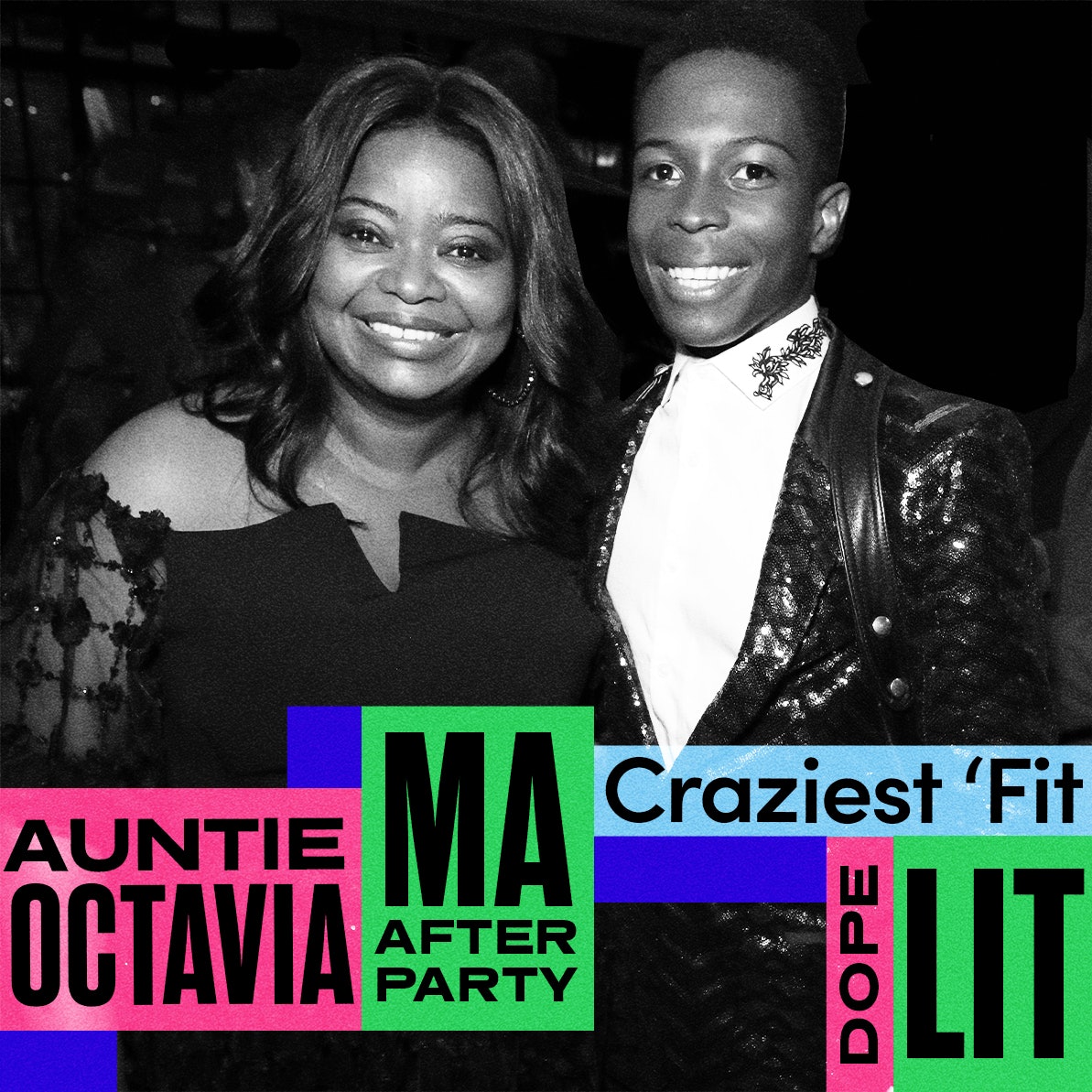 ED: Tell me about this picture with Octavia Spencer.

DB: [She] is like my auntie. This was after our movie Ma had [premiered], and we were at the after-party, and it was just fun being around her. I was just trying to make sure everybody had fun, because it was such a serious situation that we were in, making a horror movie. She brought the fun as well, but she also taught us a lot of lessons. She taught me a lot about just bringing it, just staying in the moment [in scenes]. Her performance in Ma was all-time — she’s all-time scary. I would give her an award, honestly.

ED: Can you talk more about what lessons she taught you?

DB: Octavia would always sit down, have meetings with us, and really give us information on what to do next, how we can better ourselves, what’s the right way to go. She would make sure you’re in the right position; you can always call her. I remember we had dinner at her crib, and she made sure we were comfortable.

You know how [in basketball], people will say, "They’re good on the court and off the court"? She was good on-shoot and off-shoot.

ED: Can you tell me a little bit more about your look from this night?

DB: I think my man Apuje [Kalu] styled me. It was really dope. He’s super sick. I don’t even know what made me grab that suit. Every time I step on a carpet, I just want to look like the man, so I think we were just thinking about like, what would look super sick? So I just picked an all-green sequin suit that was just lit.

I’m always trying to figure out how far I can go as a man. We gotta stop wearing black all the time. How many times are we going to wear black suits and penguin tails? So next time I go on any carpet, I’m going to do a fire orange-red suit. Yeah, that’s what I’m going to do. Tie-dye it, too. 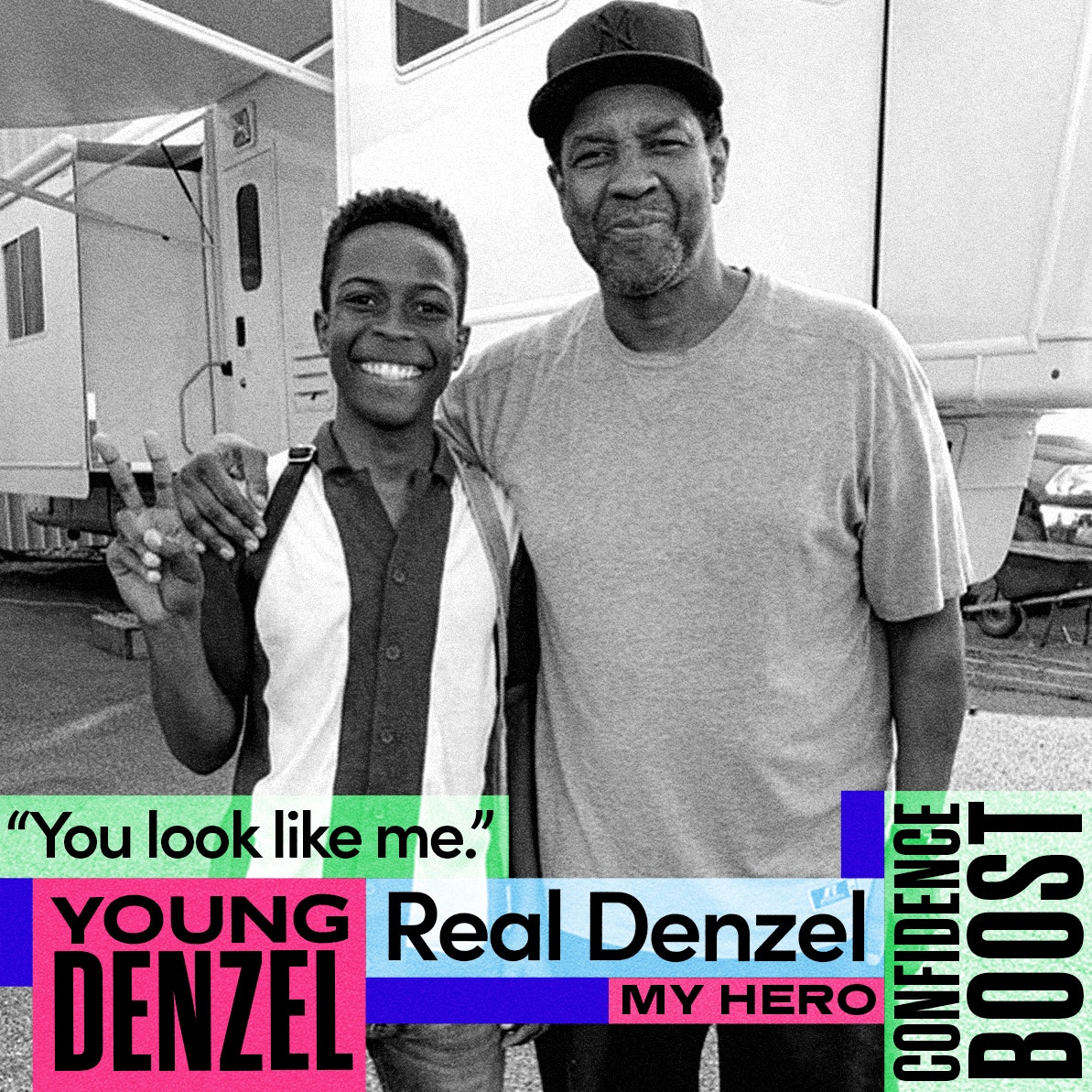 ED: Tell me about the backstory of this photo with Denzel Washington.

A lot of people always say me and Denzel look alike, [so] my mom took the picture to see how close we look alike. And also, that’s my hero.

ED: What were you and Denzel talking about in this moment?

He gave me some advice on how to move as an actor. I’ll always carry that forever because, you know, it’s a generation thing. Sidney Poitier, Denzel, and now Denzel has his "acting kids" underneath him. He has his son, [John David Washington], and he has Lakeith [Stanfield]. He has all of these guys who are following him, so as his "acting children," we want to make sure we carry on his legacy and Sydney Poitier’s legacy as elegant African American men. I want to show people that we can do more than what they think we can do.

ED: How long have you looked up to Denzel?

DB: Forever. I think when I moved out here [to Los Angeles] is when I really started envisioning how I wanted to start my career. How did I want to continue moving? And that’s just who my mind followed. As I’ve continued getting work, I’ve always had that in my mind, so I never wanted to do anything too corny or too weird. But I always wanted to explore, and also be real and authentic in the work that I do. So meeting him, he just put a stamp on it and told me to continue working and gave me the confidence to continue doing what I need to do.

Check out Brown’s latest career move with Dash & Lily, on Netflix on Nov. 10.

In Elite Daily’s I Can Explain… series, we’re asking celebrities to revisit their most memorable photos and tell us what really went down behind the scenes. Read more here.