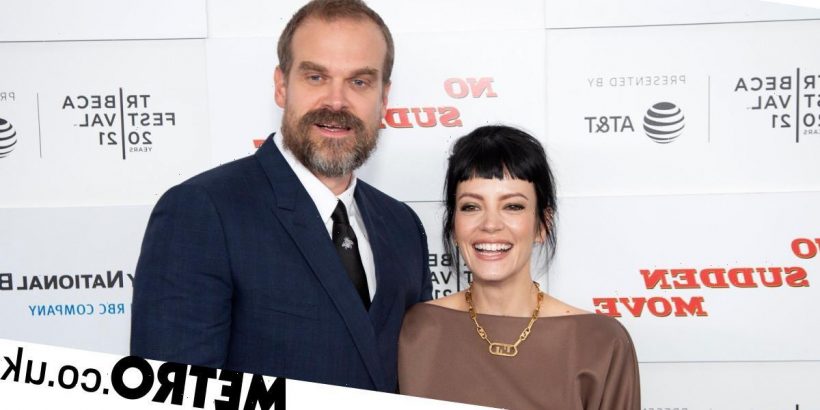 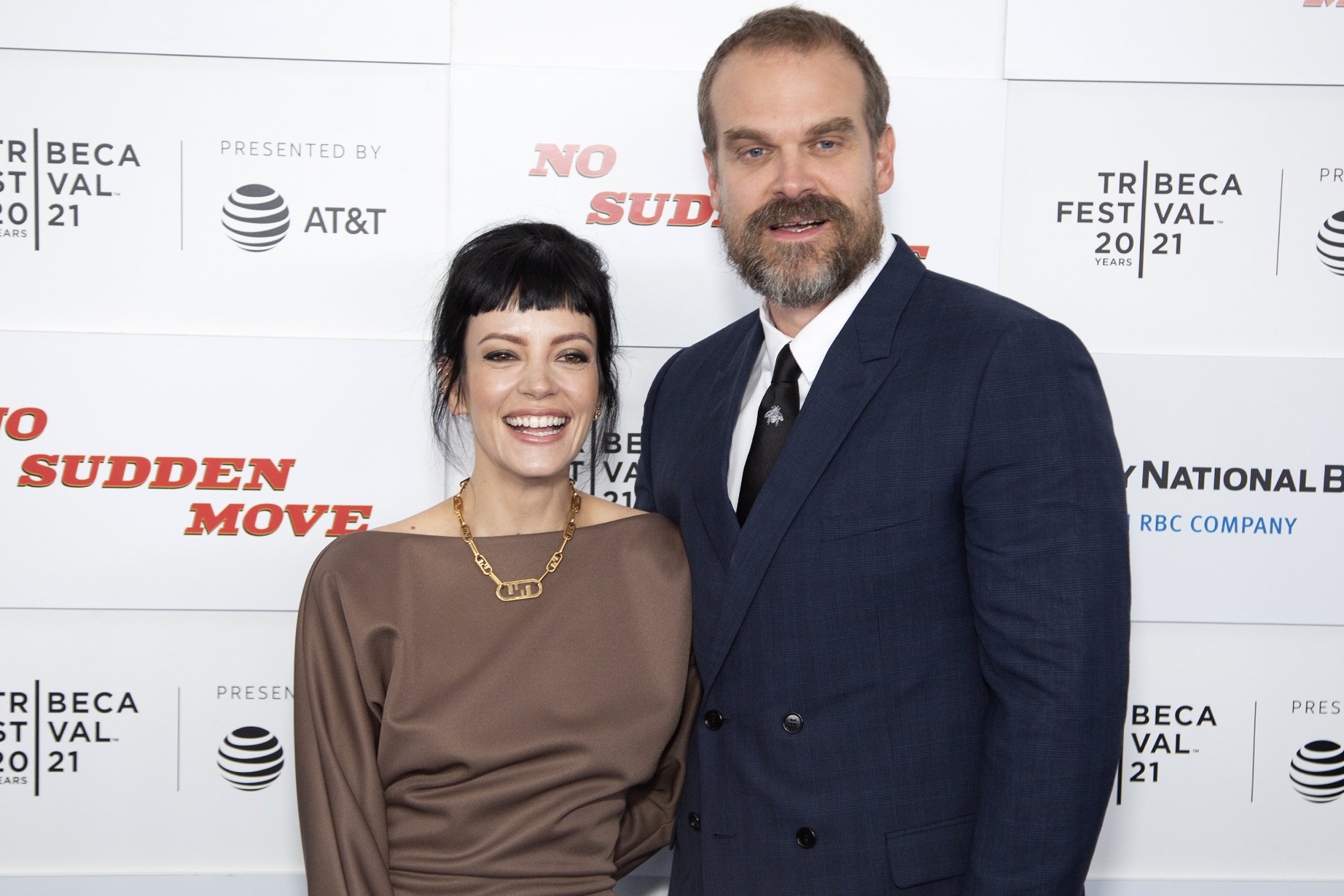 Stranger Things star David Harbour has spilled the beans on his marriage to Lily Allen.

The couple tied the knot in a low-key ceremony in Las Vegas last September, and were serenaded by an Elvis impersonator on their big day, before heading for a burger.

Chatting about married life with the Smile singer, the 46-year-old said: ‘I’m so grateful that I’m not alone anymore, and that I have someone that I can tell everything to and who can tell me everything.

‘We can share this experience of walking through life together.

‘I’m always so overcome with gratitude for that, because I’ve been alone for most of my life.’

David has become stepdad to Ethel and Marnie, Lily’s two daughters from her previous marriage to ex-husband Sam Cooper.

And he is absolutely loving his new role.

‘We all recently went to a Gay Pride event at the Brooklyn Museum, and I decided to heavily embarrass my step-daughters with some horrible dancing,’ he added to People magazine. ‘I was the only one on the dance floor!’

That is something we wish we’d seen.

David and Lily sent fans into a spin when they confirmed their romance with a string of PDA-filled appearances.

The Black Widow actor also credited the little ones for convincing him to get down on one knee – after they described him as ‘just some guy’ in their lives.

Recalling a family bike ride, he said: ‘The little one was riding along and she was going like, “David, dad, David, dad”. Because the D got her confused. And the older one got very upset with that, which I understand. She was like, “He’s not our dad! He’s not our dad!”

It was this exchange that encouraged him to cement his role in their lives, as he added: ‘I was like, “I need to marry this woman” … Because the emotional fallout.