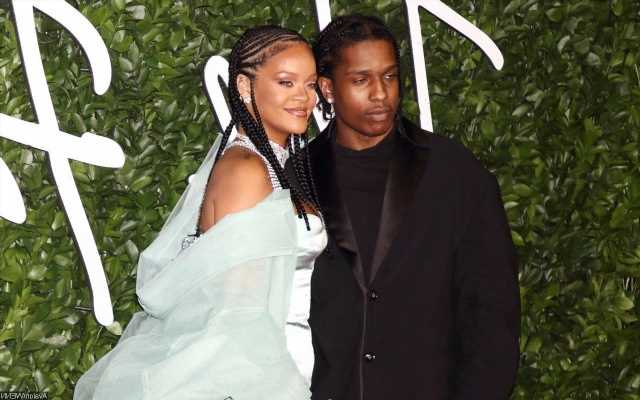 The shoe designer behind the Fenty 2020 collection is forced to offer a clarification because the ‘vile’ rumors are also directed to ‘people I have a great amount of respect and affection for.’

AceShowbiz -Amina Muaddi made it clear she’s not having an affair with A$AP Rocky amid Rihanna‘s pregnancy. One day after “fake” reports about the pair’s split made media headlines, the shoe designer behind the Fenty 2020 collection took to social media to set the record straight.

“I’ve always believed that an unfounded lie spread on social media doesn’t deserve any response or clarification, especially one that is so vile,” Amina penned on Twitter and Instagram Story on Friday, April 15. “I initially assumed that this fake gossip – fabricated with such malicious intent – would not be taken seriously.”

“However in the last 24h I’ve been reminded that we live in a society that is so quick to speak on topics regardless of factual basis and that nothing is off limits,” she further noted. “Not even during what should be one of the most beautiful and celebrated times in one’s life.”

Amina went on to stress, “Therefore I have to speak up as this is not only directed towards me but it is related to people I have a great amount of respect and affection for. While Rih is continuing to live her serene, best dressed pregnancy life and I go back to my business.” She later concluded her message by writing, “I wish everyone a beautiful Easter weekend!”

The split rumors between Rihanna and Rocky emerged on Thursday after one Twitter user wrote, “Rihanna & ASAP Rocky have supposedly split up.” The individual added, “Apparently Rihanna broke up with him after she caught him cheating with Fenty footwear designer Amina Muaddi.”

While the “Home” actress and the A$AP Mob member have yet to address the gossip, sources connected to both artists divulged to TMZ, “100 [percent] false on both counts.” The unnamed informant went on to emphasize, “1 million percent not true. They’re fine.”