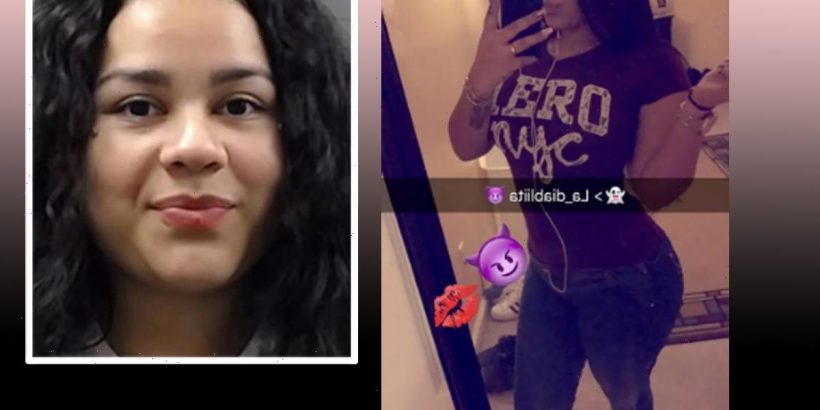 Prosecutors painted anything but a pretty picture of Leniz “Diablita” Escobar during the closing arguments of her murder trial on Wednesday.

As we’ve reported, the 22-year-old is accused of luring four men to their deaths in a local park after convincing MS-13 gang members that the victims had mocked them on social media by using gang signals.

This week in federal court in Central Islip, prosecutor Justina Geraci went into more detail about Diablita’s (which roughly translates to “little Devil girl”) alleged involvement, and her unsettling reaction to the victims’ brutal deaths. According to Geraci, a witness claimed Escobar watched closely as the gang members hacked the victims to death with machetes, smiled, and even “licked the blood off her lips” during the massacre.

The prosecutor told the jury of the 2017 slayings:

“You heard David Gaitan-Rivera’s testimony. He told you how one of the victims had reached for before he was killed and his blood had gotten all over her shirt. He told you how she licked the blood off her lips.”

Geraci recounted how another witness, Escobar’s friend Keyli Gomez, had testified about “how she and the defendant had crouched down by the victims and watched as they were killed,” adding:

“Not screaming or crying while the victims were macheted to death. And how just before Michael Lopez was hacked to death, how she smiled.”

Worse still, Escobar reportedly kept smiling and joking around with her defense team during the prosecutor’s summation. According to reports from inside the courtroom, she wore her hair in a ponytail and had bright chrome piercings protruding from her cheeks.

As we reported, the 20-year-old Lopez and three friends — Justin Llivicura, 16, Jorge Tigre, 18, and Jefferson Villalobos, 18 — were executed by MS-13 after several of them posted photos online throwing gang signs in an apparent effort to attract girls.

Escobar and Gomez allegedly lured them to the Central Islip park to smoke marijuana, as a mob of MS-13 gangsters waited to ambush them — along with would-be victim Elmer Alexander Arteaga Ruiz, who made it out alive by running for his life.

Geraci said of Ruiz, who went on to testify against Escobar:

“Alex was a poser and that’s why he was marked for death. He thought this stuff would attract girls and it did — but not in the way he had hoped.”

Escobar’s boyfriend, an MS-13 gang member, also testified in the trial. He told the jury his then-17-year-old girlfriend told the gang “they were being overrun by ‘chivales’ and they had no balls,” per Geraci.

Prosecutors also presented recorded phone calls Escobar had with her boyfriend, describing them as “devastating” to her claim that she was innocent. Assistant US Attorney Paul Scotti told jurors:

“She was telling her boyfriend exactly what happened. She told him she killed those four young men and she was happy about it. She was happy.”

Despite the damning evidence, Escobar’s lawyers insisted at the trial that she didn’t know the victims would be attacked. Defense attorney Jesse Siegel said his client wasn’t an MS-13 member or associate in his closing arguments, contending:

“Not every girlfriend is an associate. Her boyfriend was a homeboy. She was there. She certainly didn’t prevent it from happening. The issue is if she knew something was going to happen.”

While speaking to press outside the courthouse, the defense attorney said the jury should ignore the claims of gang members who cut deals to testify against Escobar. He explained:

“The jury should not rely on the witnesses that the government put forward, meaning these cooperating witnesses who are all extremely bad people who are testifying pursuant to cooperation agreements. She had always wanted to have her day in court. I think she’s satisfied that she’s had her day in court. And she is nervous, but looking forward to getting a verdict.”

Her cousin, Cindy Escobar, added to reporters outside the courtroom:

Deliberations start Thursday morning, so we guess we can only wait and see what the jury decides.

What do U think the verdict will be?