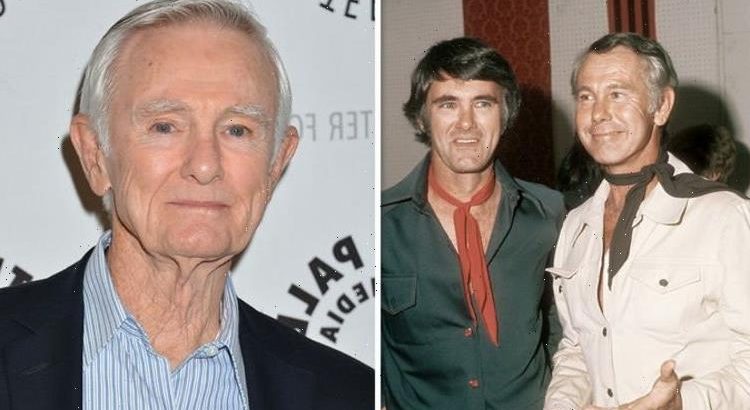 Dick Carson guests on The Tonight Show in 1968

Dick Carson’s family shared today that he had passed away on December 19, 2021. The director’s death was announced on behalf of the family through publicist Charlie Barrett, Variety report.

Carson reportedly died peacefully at his home in Studio City, California, in the loving embrace of family following a brief illness, according to reports.

The director had an impressive television career spanning 43 years, and is probably best known for his work on household favourites such as The Tonight Show and Wheel of Fortune.

Carson was the younger brother of American TV host Johnny Carson, who died back in 2005.

Dick’s career took off when he got a gig working alongside his brother on The Tonight Show, which Johnny hosted between 1962 and 1992.

Dick worked on the show for seven years before moving on to direct The Don Rickles Variety Show.

The director was also a part of the famous game show Wheel of Fortune for over two decades, choosing to stay on the show until he retired.

Dick won multiple Daytime Emmy Awards for his impressive work on The Merv Griffin Show, which he directed from 1972 all the way through to 1986.

Born on June 4, 1929 in Clarinda, Iowa, Richard Charles Carson was the youngest of three children to Homer Lloyd and Ruth Hook Carson.

Dick is survived by his wife Karlyn Carson, whom he was married to for 33 years.

He was previously married to his high school sweetheart Patricia Ann Gundy, whom he stayed with for 34 years until she died in 1986.

Together they had two sons, Douglas and Christopher, as well as a daughter named Kathleen Ann Tucker.

Dick was reportedly very close to his brother Johnny, whom he once described as “my hero”.

In a 2015 interview for the DGA, he said: “He got into magic very early, very early.

“And got into it and started doing magic shows for different places.

“I would go along and carry the luggage or bring in the props and things like that.”

Prior to his television work, Dick served in the United States Navy, where he worked his way up the ranks to become an officer.

Dick took the oath of office as an Ensign, USNR in March of 1953, later attaining the rank of Lieutenant.

He was assigned to the USS Romulus as Operations and Communications Officer until he left the Navy in 1956.

He then served in the Naval Reserve on inactive duty as a full Lieutenant for an additional eleven years, later being transferred to the Retired Reserve.