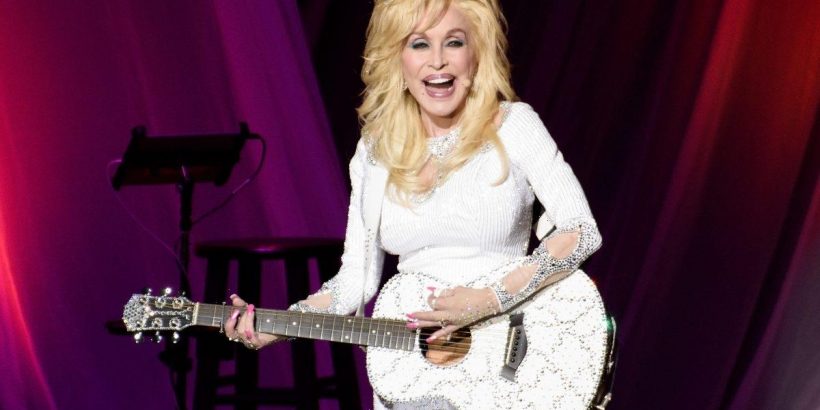 Though she has a constant smile and an effervescent personality, Dolly Parton isn’t happy all the time. She goes through periods of sadness like anyone else, but Parton also has a surefire way to achieve happiness. Her idea of perfect happiness is also surprisingly easy to achieve. All you need is a pantry staple and a little time.

Parton has always been candid about her use of cosmetic procedures to maintain her youthful look. She said that she was born with a “happy heart,” but Botox also plays a significant role in maintaining her cheerful demeanor.

“I’m often told I look so happy, but to be honest — that’s the Botox,” Parton joked at the #WOW: Whole Health Includes Mental Health event via Daily Mail. “Well not all of it, but some of it anyway!”

She explained that she’s also gone through challenging emotional periods, including a challenging time in the 1980s.

She shared what makes her perfectly happy

Parton shared that she does have one guaranteed way to make herself happy. When Vanity Fair asked about her “idea of perfect happiness,” she responded, “a big loaded baked potato and a good book with time to eat it and read it.”

Parton has shared that her love of potatoes makes it practically impossible to diet.

“Every diet I’ve ever fell off of it’s been because of a potato, either french fries or mashed potatoes or baked potatoes,” she told Wired. “Potato, potato, potato, I never met a spud I didn’t like.”

She also proves how much she values books with her Imagination Library, a program that provides millions of children with a free book every month.

“Inspiring kids to love to read became my mission,” Parton wrote on the Imagination Library website. “In the beginning, my hope was simply to inspire the children in my home county but here we are today with a worldwide program that gives a book a month to well over 1 million children.”

When it comes to food, Parton says she likes meals that have a similar color palette to potatoes.

“I don’t like pretty food,” she told The New York Times. “The way I see it, if the food’s too pretty, it ain’t too good.”

With age and increased access to food, Parton says that she’s expanded her tastes.

“I love Indian, Italian, and Mexican food,” she said. “And if it’s a romantic type of thing, I like a good French restaurant. Of course, somebody else has to choose the wine.”

Still, she doesn’t think you can go wrong with a potato or a plate of fried okra.