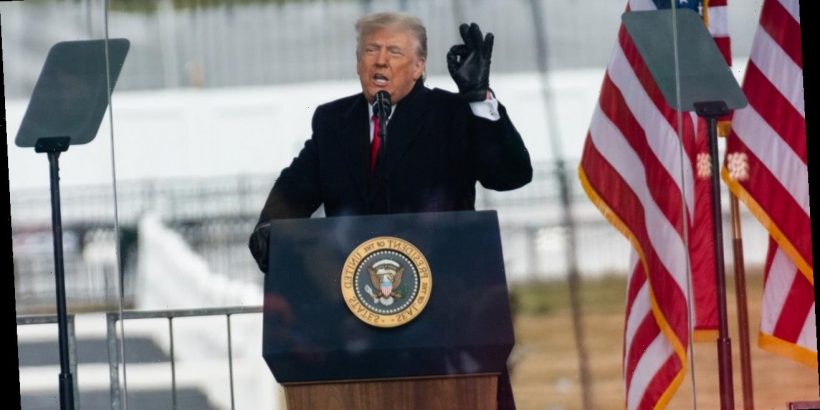 Social media platforms are taking action against Donald Trump. The Capitol was breached on Wednesday by Trump supporters who were protesting the ratification of President-elect Joe Biden’s Electoral College victory over the president in the 2020 election.

After things turned violent, Trump posted a video in which he addressed his supporters, urged Capitol rioters to “go home,” and claimed election fraud. Soon after his post, Twitter locked Trump’s account for 12 hours, urging him to remove his tweets or risk being suspended from the platform.

The social media platform also wrote that further violations made by Trump would “result in permanent suspension of the @realDonaldTrump account.”

“As a result of the unprecedented and ongoing violent situation in Washington, D.C., we have required the removal of three @realDonaldTrump Tweets that were posted earlier today for repeated and severe violations of our Civic Integrity policy,” Twitter wrote. “This means that the account of @realDonaldTrump will be locked for 12 hours following the removal of these Tweets. If the Tweets are not removed, the account will remain locked.”

Trump’s tweets from earlier in the day have since been removed.

Future violations of the Twitter Rules, including our Civic Integrity or Violent Threats policies, will result in permanent suspension of the @realDonaldTrump account.

“This is an emergency situation and we are taking appropriate emergency measures, including removing President Trump’s video. We removed it because on balance we believe it contributes to rather than diminishes the risk of ongoing violence,” stated Guy Rosen, Facebook’s VP of integrity.

This is an emergency situation and we are taking appropriate emergency measures, including removing President Trump's video. We removed it because on balance we believe it contributes to rather than diminishes the risk of ongoing violence.

Things quickly turned violent as rioters made their way inside the chamber, breaking windows, occupying senators’ offices. One woman was subsequently shot and died, per CBS News, and many others were injured. The National Guard was called to protect the Capitol and D.C. has been put under curfew.

While Congress reconvened for the Electoral vote count by 8 p.m. ET, many politicians and former presidents spoke out against the mob. President-Elect Joe Biden called the riots an “insurrection.”

“Our democracy is under unprecedented assault unlike anything we’ve seen in modern times. Assault on the citadel of liberty, the Capitol itself,” Biden said in a televised address.

Former President Bill Clinton, said in part in a statement, “The assault was fueled by more than four years of poison politics spreading deliberate misinformation, sowing distrust in our system, and pitting Americans against one another. The match was lit by Donald Trump and his most ardent enablers, including many in Congress, to overturn the results of an election he lost. The election was free, the count was fair, the result is final. We must complete the peaceful transfer of power our Constitution mandates.”

Many celebrities have also taken to social media to express their concerns, thoughts and feelings about seeing the nation’s capital being taken over.